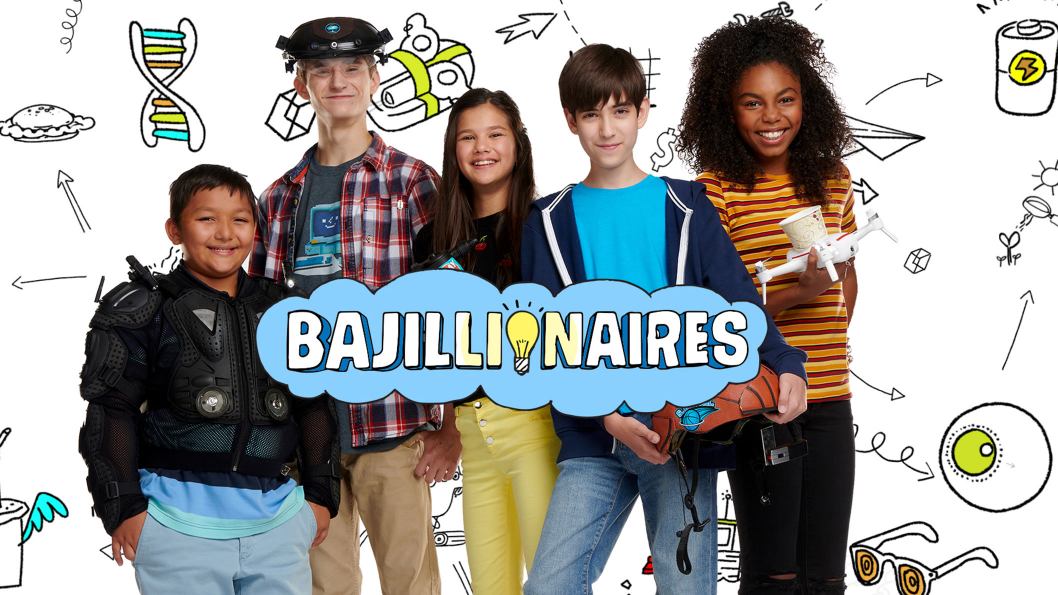 Twelve-year-old Max Graham is President and CEO of a tiny start-up company he and his neighbourhood pals run out of his parents’ garage. Their dream is simple enough: To one day invent an amazing product, change the world and maybe even make a bajillion dollars in the process! 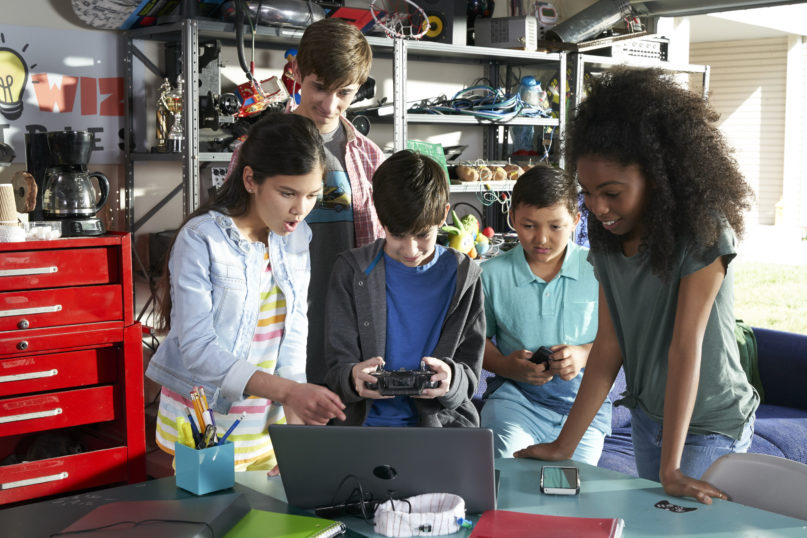 Max and the gang build a drone delivered coffee service, a vibrating headband and a super juicer as they try to qualify for InventiveCon and find a way to keep Bryan awake at the wheel. 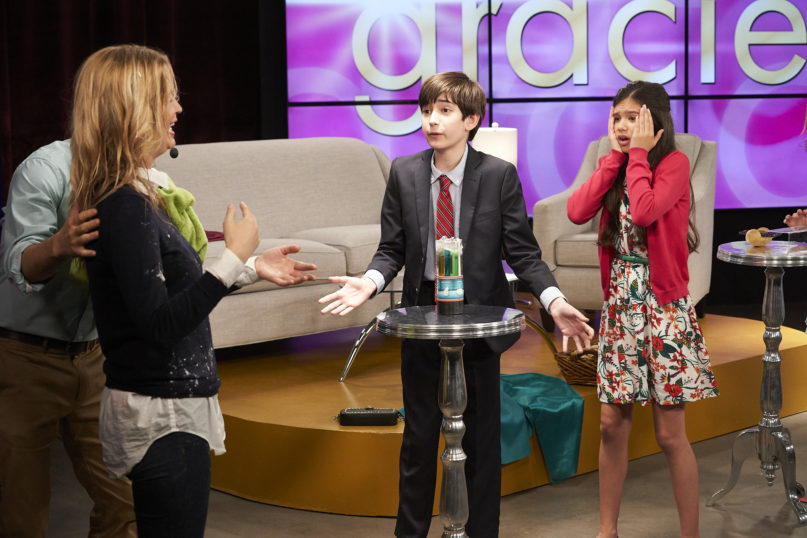 Max is humiliated on “The Gracie Show” when their multi-purpose spray can malfunctions. Noodles and Alicia get locked out of the studio when they go looking for the perfect TV clothes.

Kaylyn and Alicia struggle to come up with a new name for the company. Noodles’ love detection device disrupts the group’s harmony and must ultimately be destroyed. 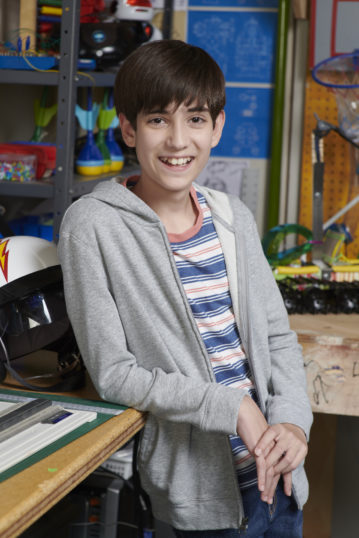 Ricky Ortiz was born in Brazil and moved to British Columbia at the age of 7. He developed a passion for acting a few years later, when he landed the role of Sebastian in his school’s adaptation of The Little Mermaid. After that, he started taking acting classes and booked a few commercials. Finally, in 2016, he booked his first role on The 100, and the next year landed a lead role in the TV pilot Bajillionaires. 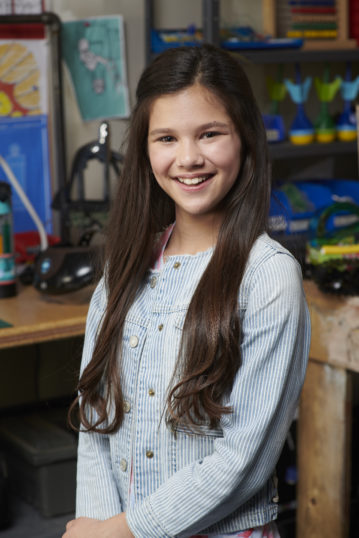 Mya discovered her love of the arts in a school production in grade 4. She then joined a local theatre group in her home town and took the stage for performances in Peter Pan, Dr. Doolittle, Shrek the Musical and Mary Poppins.

In 2016, Mya entered the world of television with roles in Oh Yuck! and an episode of Odd Squad. In 2018, she landed her first lead role, as Kaylyn French on Bajillionaires! Mya lives with her parents, older sister and puppy near Toronto. She enjoys playing golf with her family, playing board games, traveling, volleyball, photography and creating short films with her friends. 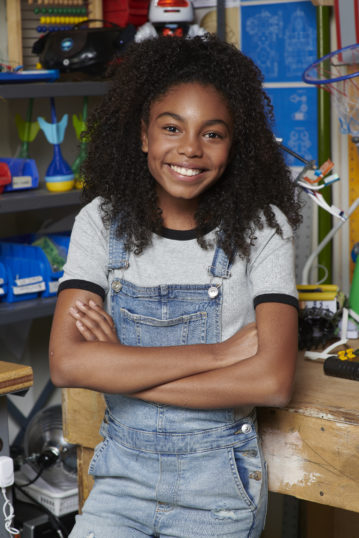 Artista developed a passion for acting at the age of 10.  She studies acting at Second City and the LB Acting Studio, and is known for her roles in Odd Squad, and Star Trek: Discovery. She was accepted at Canada’s National Ballet School at a young age, and her newly found interest is hip hop. Arista also plays volleyball and softball. She likes spending her summers in Montenegro, especially swimming and enjoying local food. She even speaks Montenegrin! Arista is so excited to be playing Alicia on Bajillionaires! 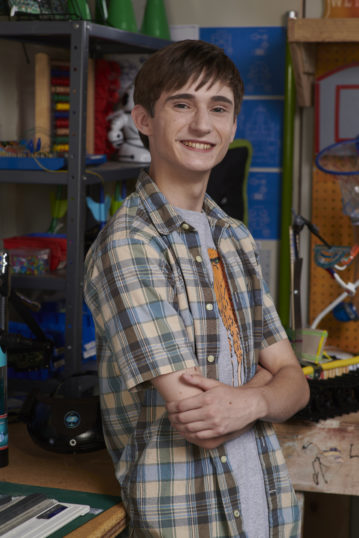 Born and raised in Cambridge, Ontario, Alec got his start in performing at the Meyerhofer Academy of Performing Arts. His teacher encouraged him to pursue an agent, and the rest is history. Alec got his big break performing as Kurt in The Sound of Music at Stratford Festival. Since then, Alec has landed roles in Reign, The Next Step and Anne with an E. 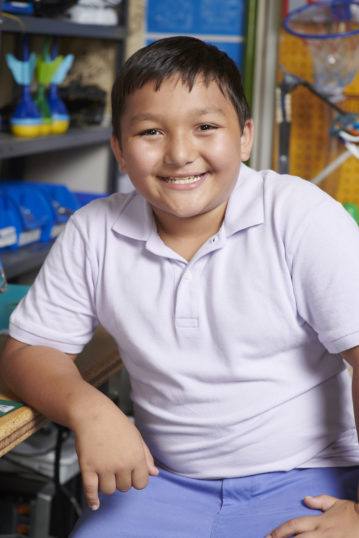 Born and raised in Kitchener, Ontario, Jadian started his acting career in 2016 and made his television debut on an episode of Snapshots.  When Jadian is not acting, you can find him on the judo mat at the Asahi Judo Club in Kitchener. Jadian most recently received the Platinum Award and named Junior Athlete of the Year by Asahi Judo Club for his outstanding performance and commitment in a tournament year