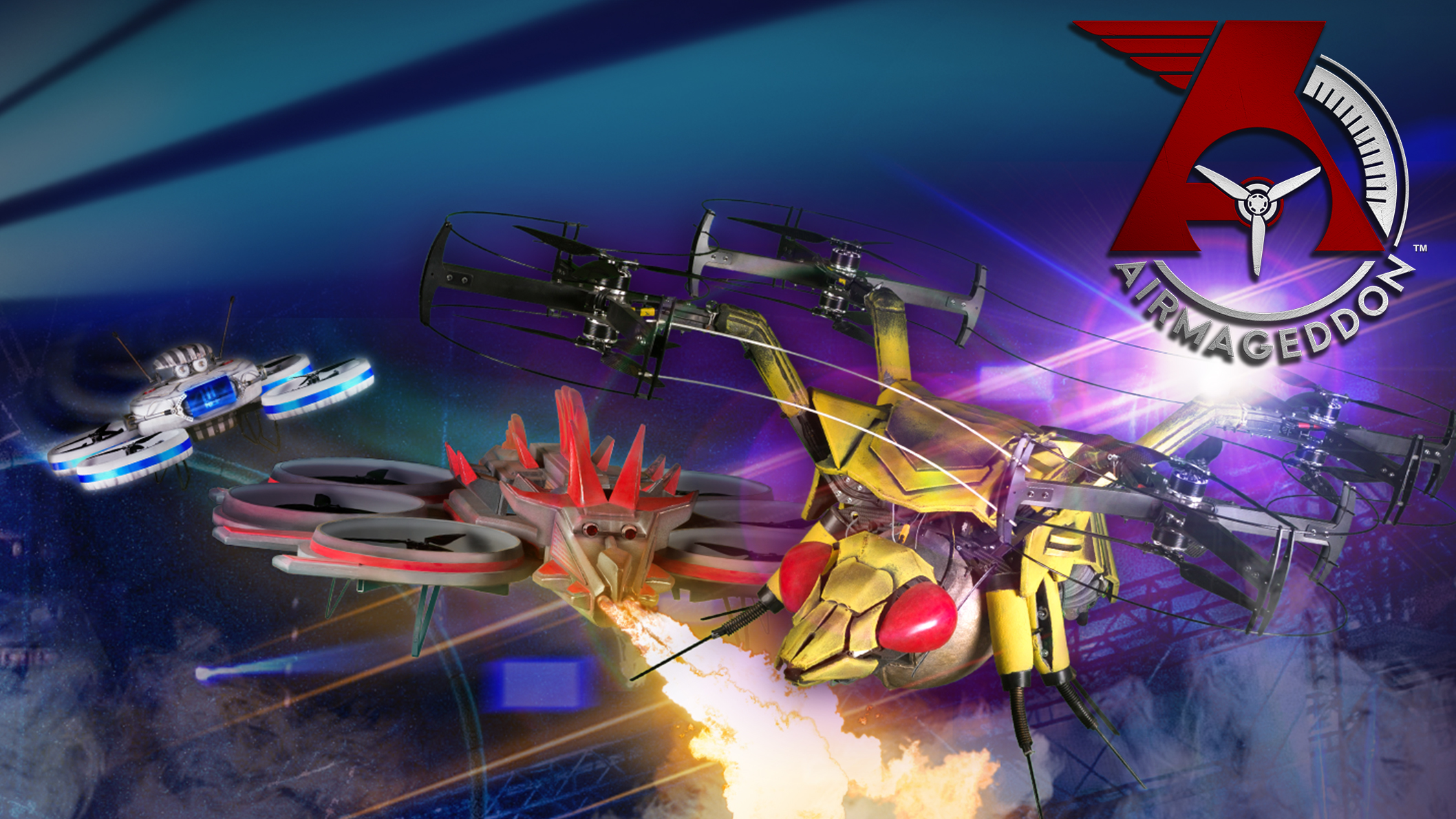 Inside the Airena, teams of Aviators control their high tech, customized drones, taking part in an entertaining spectacle of aerial skill, conflict and fast reactions in three dimensions. 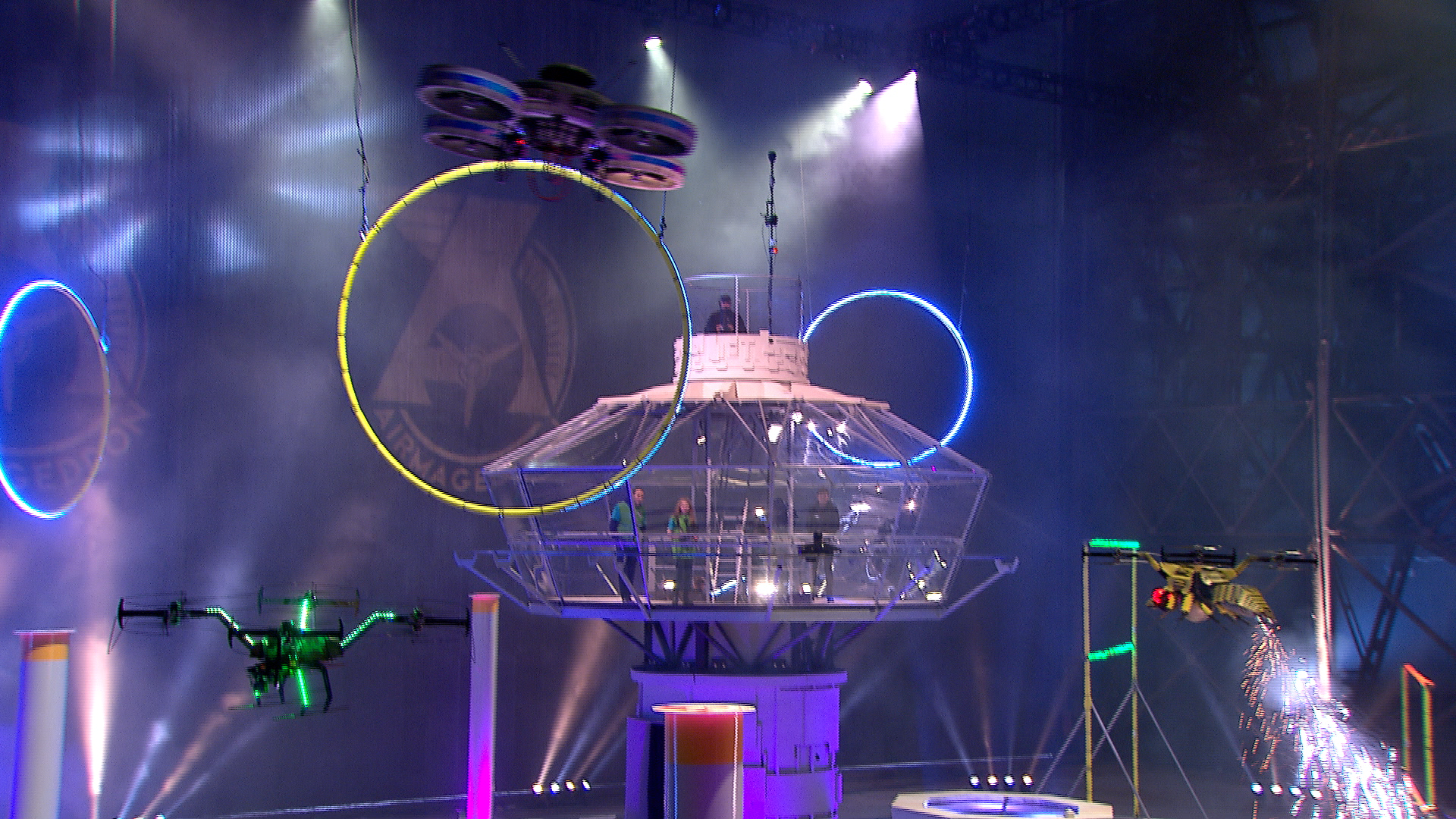 Heat one sees four brave Aviators enter the iconic Airena with their customized flying machines and trusty Wingmen by their side, all aiming to become master of the skies. 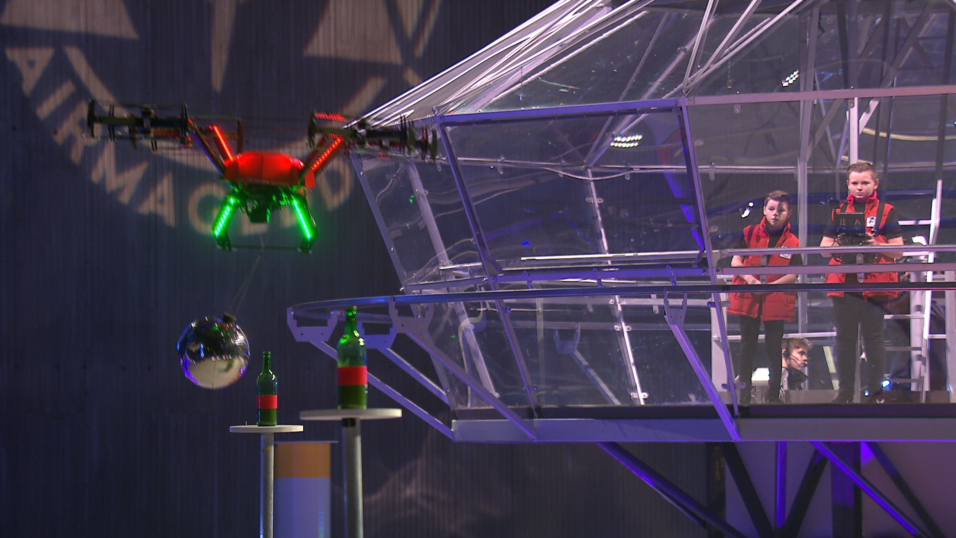 Today the teams speed race through the Airsault course and twist into Bottle Basher, in a bid to make it to the final, hairy hurdle that is the infamous Dogflight. 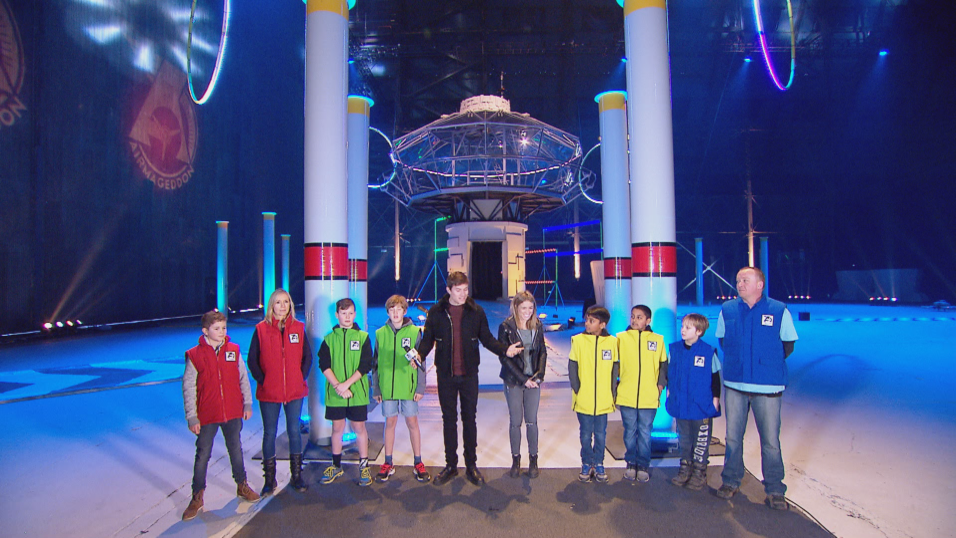 Four new teams face The Airsault Course, The Drop and a battle of lasers and nerves in The Dogflight, but only one will stay airborne and swoop into the semi-finals. 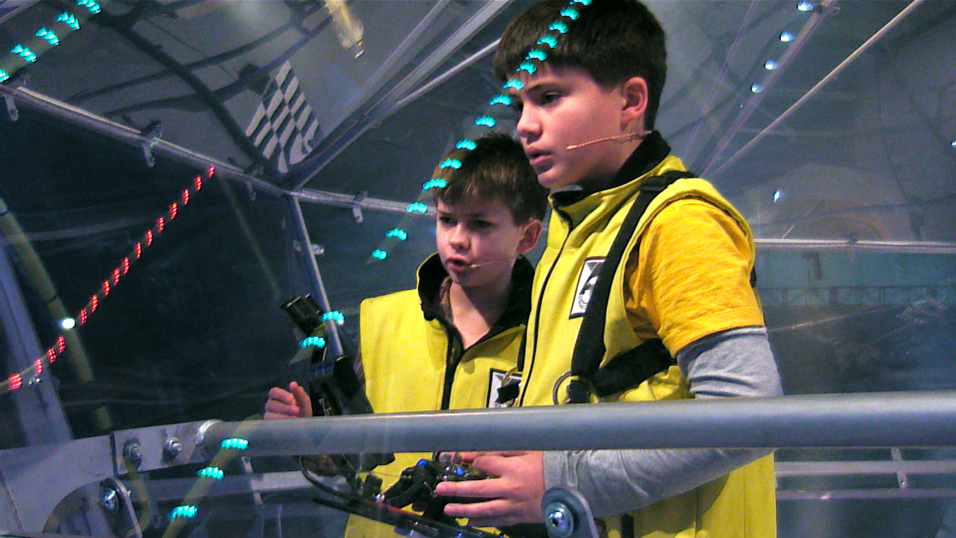 Four more brave Aviators and their Wingmen enter the furnace of the Airena to tackle the mighty Airsault Course, in hopes to knock their opponents out of the sky for a place in the semi-finals. 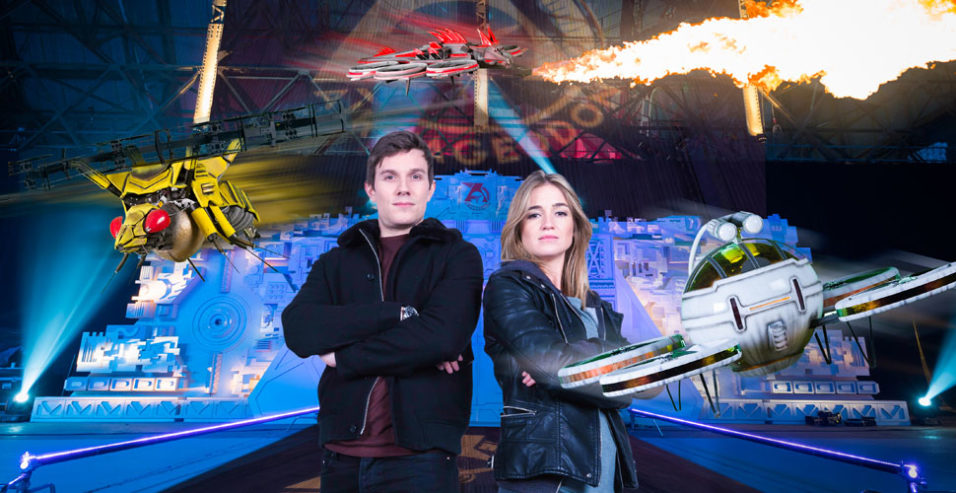 Will Best and Rachel Stringer 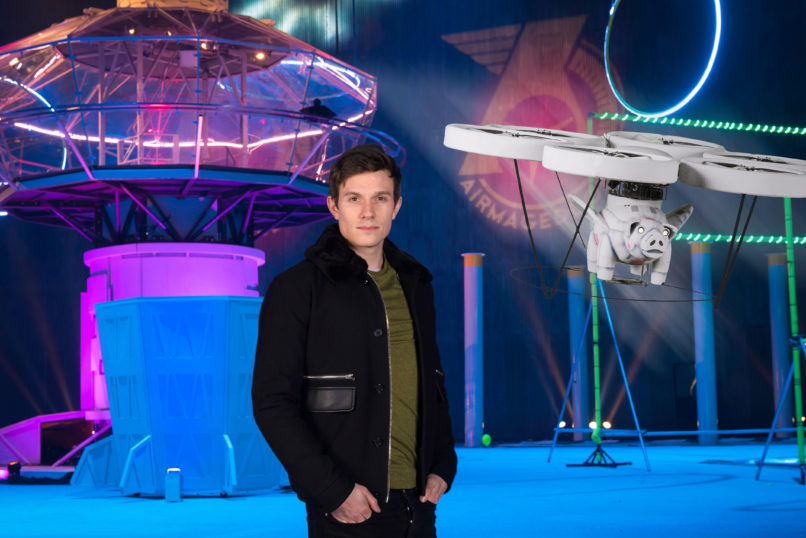 Master of ceremonies, Will Best, controls proceedings and interviews the Aviators from a central control tower with a 360 degree view of the action. 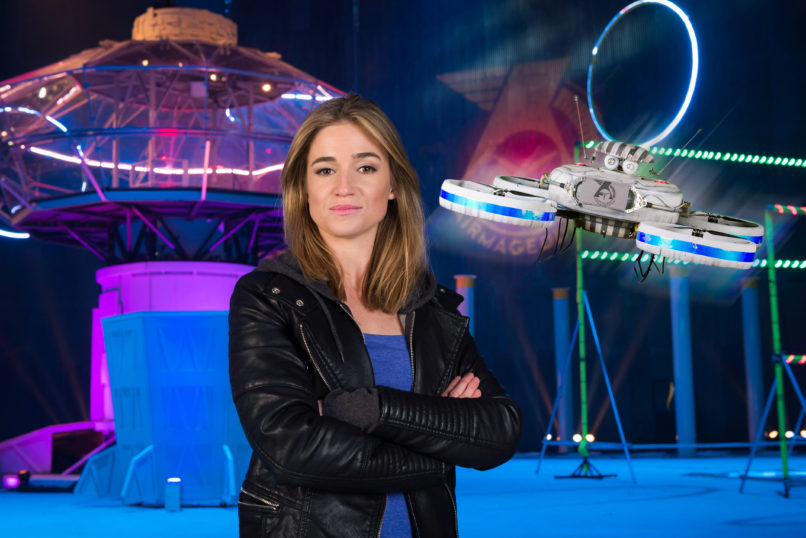 Behind the reinforced walls of the Airena, Airmageddon teams work with technicians to design, test and customize machines between rounds. It is from this workshop, backstage presenter Rachel conducts her interviews. 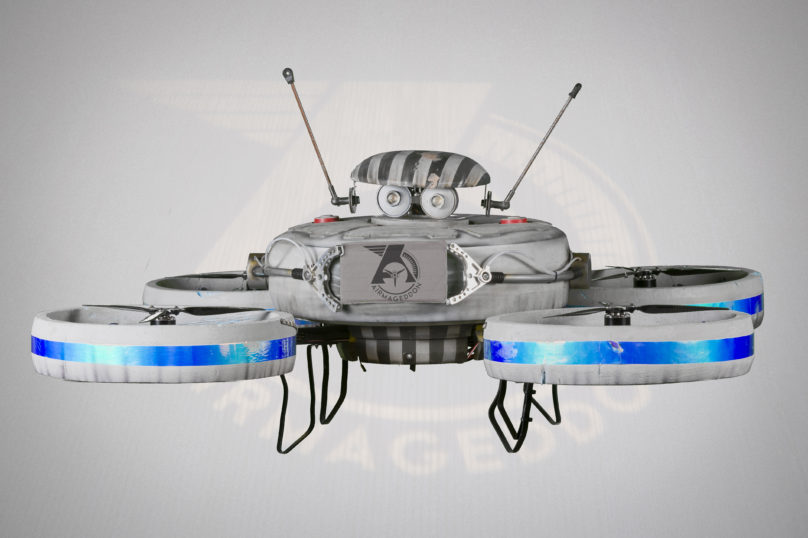 Air Marshalls are the show’s ‘Airjudicators,’ referees and officials. 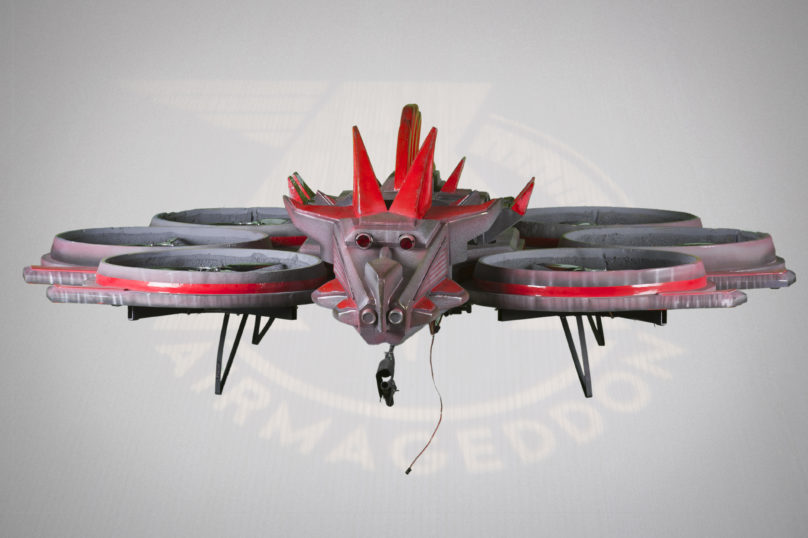 D.R.A.GON (Direct Response Aerial Gyrocopter) class drones are experimental. In fact, so experimental there is only one. As a first generation prototype, Dragon is unique, unreliable, unpredictable and prone to malfunction mid-flight. 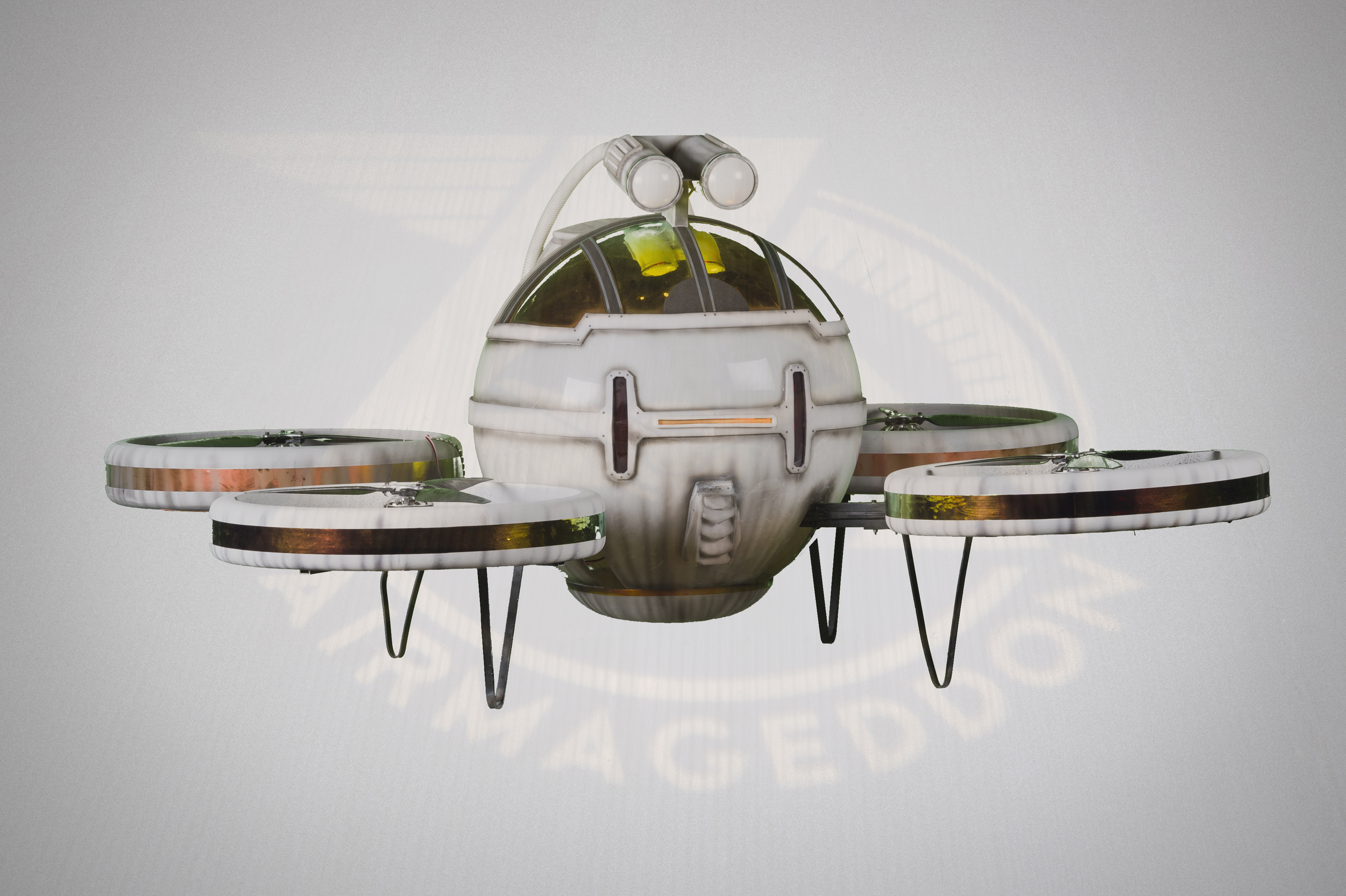 Purposeful, solid, imposing, G.U.A.R.D. class drones function as defence, patrol, lifting and observation units. They are the largest class of drone in the Airena and are controlled by low level AI algorithms.