Policy with Lloyd’s of London signed today at the Empire State Building during ceremony to light the iconic skyscraper in the Teletubbies’ colours, celebrating their 25th anniversary

New York – April 27, 2022 – Step aside Heidi Klum! WildBrain’s iconic Teletubbies have joined an exclusive club of famous celebrities after announcing that they’ve insured their signature antennae with underwriters at Lloyd’s of London for $5 million via a policy placed by Lockton, a prominent Lloyd’s broker. Following in the footsteps of such luminaries as Heidi Klum, Mariah Carey, Taylor Swift, Rudolph Nureyev, Keith Richards and Rihanna, the colorful pop culture favorites have taken this next step to cement their place in the realm of celebrity – just in time for their 25th anniversary! 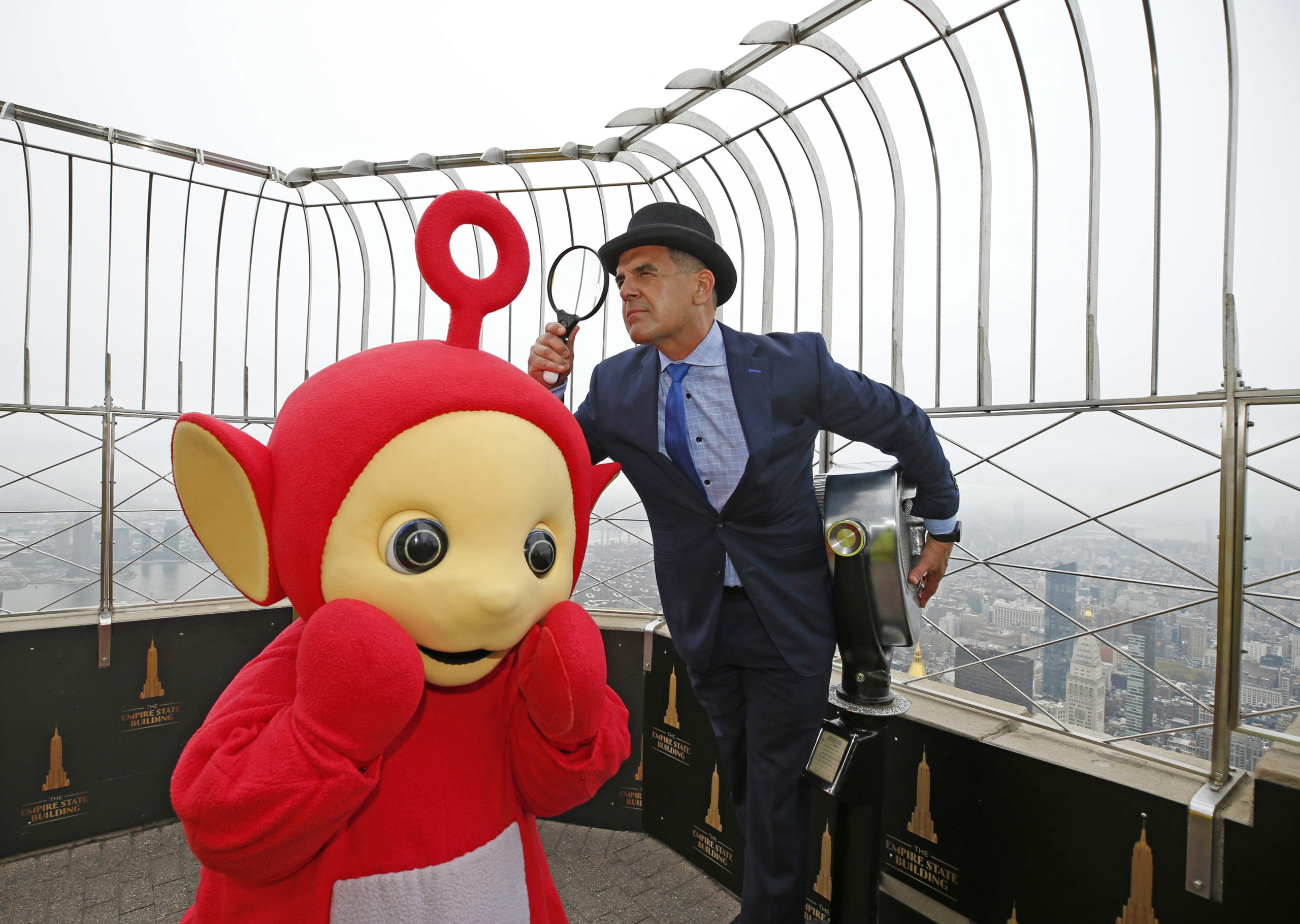 The announcement was made today at the world-famous Empire State Building, where the Teletubbies were invited to light the iconic skyscraper to kick off their 25th anniversary celebration year. The Empire State Building was transformed into the group’s cheerful colors of purple, green, yellow and red – marking the quarter-century milestone for the brand and reminding everyone that “It’s Time for Teletubbies!”. 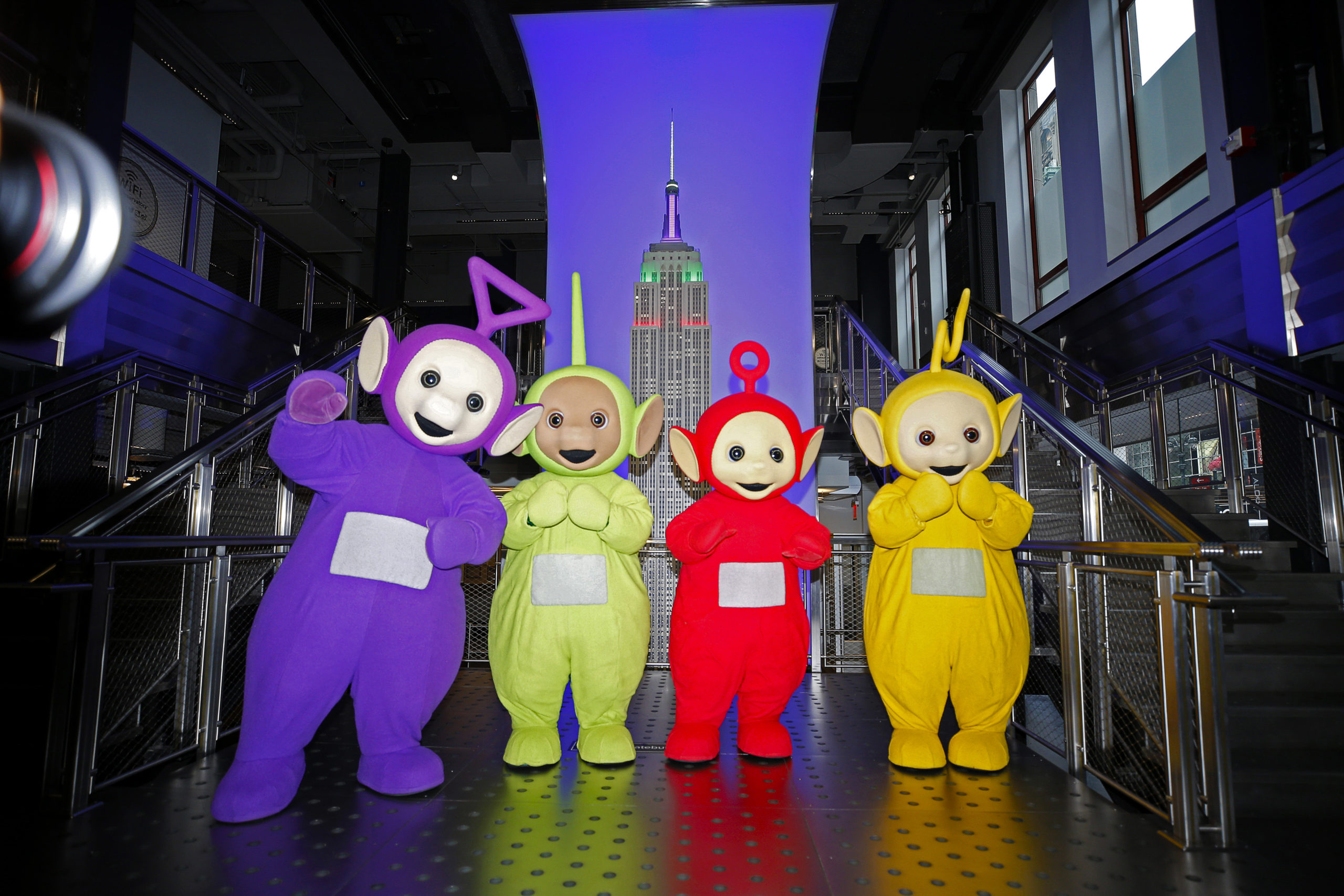 The original Teletubbies series launched in March of 1997, designed purposefully around key child developmental benefits while bringing unbridled fun and messaging of love and inclusivity to its preschool audience. Over the past quarter-century, the Teletubbies have brought joy and magic to multiple generations. Today, they not only remain hugely popular with kids worldwide, but they are also pop-culture icons, with partnerships and appearances at events such as New York Fashion Week and Pride, as well as cheeky humor enjoyed by millions on social media. 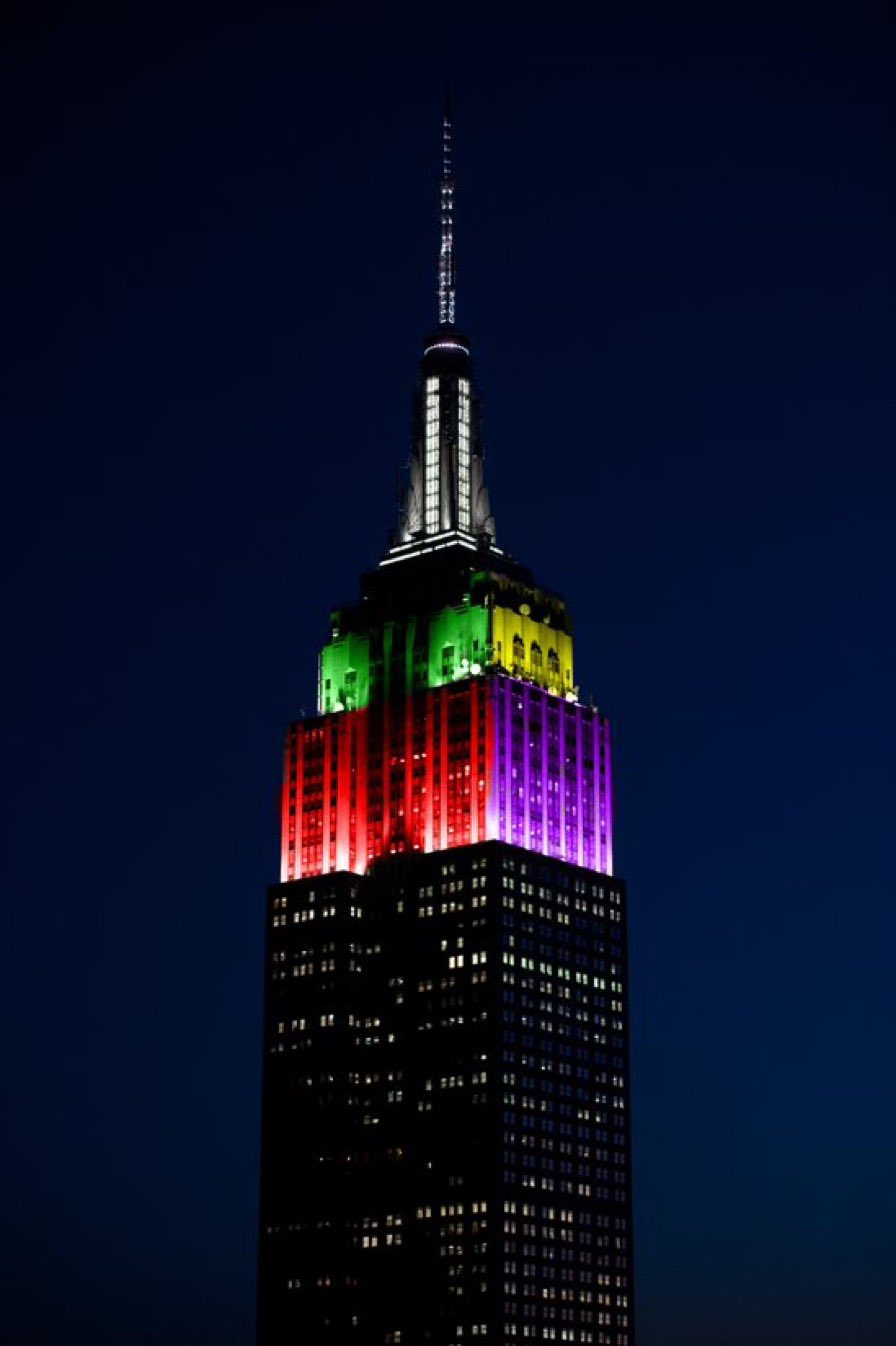 Being worldwide entertainers, the Teletubbies are immediately recognizable by their uniquely shaped antennae, and as such, required an insurance policy that reflected the significant value the distinct appendages hold in the public eye. A Lloyd’s representative thoroughly inspected each of the Teletubbies’ antennae to make sure they were free from imperfections, attesting that these antennae were in tip-top shape! Following the inspection, the Teletubbies were presented with their insurance policy for signature, guaranteeing that their most iconic assets are protected!

Secure in this knowledge, the Teletubbies can confidently celebrate their 25th anniversary around the globe through exciting activations and unexpected partnerships with notable and influential changemakers. The Teletubbies’ 25th anniversary marks many new beginnings for this groundbreaking brand!

For 25 years, WildBrain’s Teletubbies have been engaging and entertaining audiences across multiple generations. Seen and heard on broadcasters and streaming platforms around the world – including 29 highly popular YouTube channels on the WildBrain Spark network – the Teletubbies offer hours of video and music content for fans of every age. Through their exuberance and curiosity, Tinky Winky, Dipsy, Laa-Laa and Po foster the developing imaginations of preschoolers in a delightful world filled with joyous exploration, visual anticipation and silly surprises. Extensive social media touch points have also seen the Teletubbies become beloved pop culture icons for older fans, adored by celebrities and culture setters around the world. As a lifestyle brand, Teletubbies continues to captivate audiences by participating in pop culture events and conversations. The Teletubbies are owned by WildBrain, a global leader in kids’ and family entertainment. Follow the Teletubbies on Twitter and Instagram via @TeletubbiesHQ.

At WildBrain we inspire imaginations to run wild, engaging kids and families everywhere with great content across all media. With approximately 13,000 half-hours of filmed entertainment in our library – one of the world’s most extensive – we are home to such brands as Peanuts, Teletubbies, Strawberry Shortcake, Yo Gabba Gabba! Caillou, Inspector Gadget, Johnny Test and Degrassi. At our 75,000-square-foot state-of-the-art animation studio in Vancouver, BC, we produce such fan-favourite series as The Snoopy Show, Snoopy in Space, Chip & Potato, Teletubbies, Berry in the Big City, Carmen Sandiego, Go, Dog. Go! and more. Our shows are enjoyed worldwide in more than 150 countries on over 500 streaming platforms and telecasters, and our AVOD business – WildBrain Spark – offers one of the largest networks of kids’ channels on YouTube, garnering billions of views per month from over 245 million subscribers. Through our leading agency, WildBrain CPLG, we also license consumer products and location-based entertainment in every major territory for our own properties as well as for our clients and content partners. Our television group owns and operates four family entertainment channels that are among the most viewed in Canada. WildBrain is headquartered in Canada with offices worldwide and trades on the Toronto Stock Exchange (TSX: WILD). Visit us at WildBrain.com.