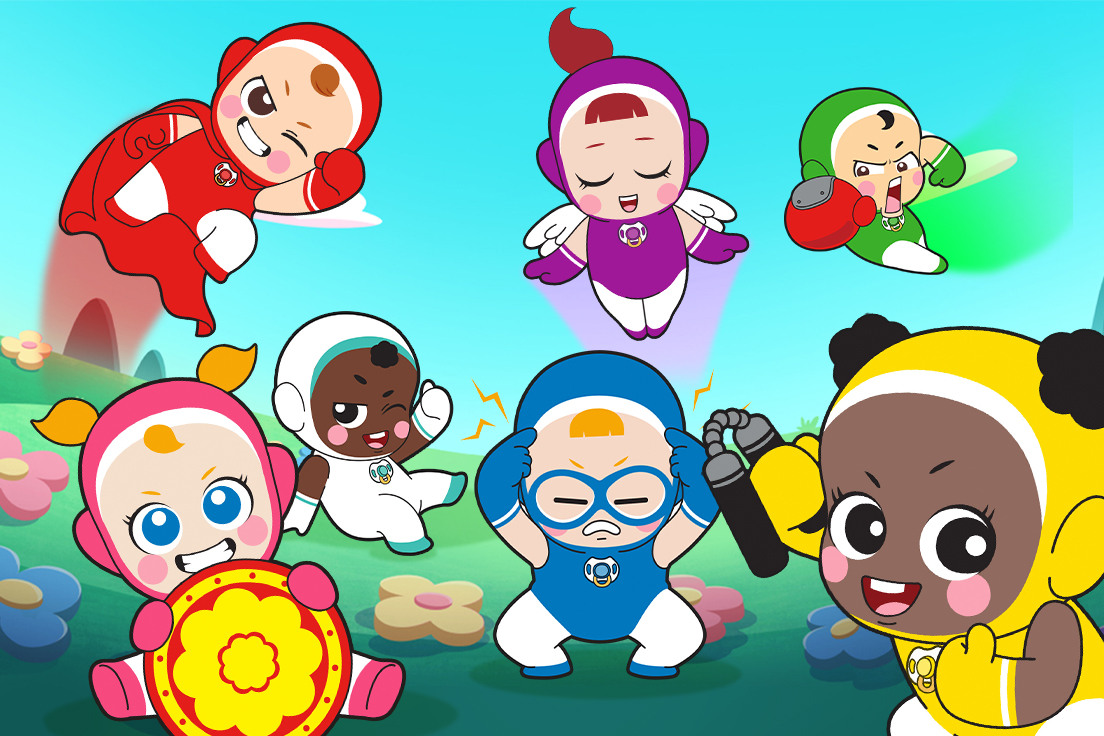 The Super Binks characters began life on lollipops when Park Star Media’s toy company in Seoul partnered with Perfetti Van Melle’s Chupa Chups brands across Asia to launch blind box figurines featuring the superheroes between 2017-2019. The toy products were sold online, at toy exhibitions across Asia, and at boutique stores in Korea.

Jon Gisby, EVP and Managing Director at WildBrain Spark, said: “The outstanding success Park Star Media had with its Super Binks figurines made the property ripe for being transformed into a digital-first series. This is also a perfect example of how we can use our production capabilities to support brands as they make the jump from the toy shelf to the small screen, through the creation of engaging digital-first content. With its wacky humour and dynamic stories, we know the Super Binks series will be a huge hit with kids all around the world.”

Young Park, Co-founder and Executive Producer at Park Star Media, said: “We’re excited to partner with WildBrain Spark to transform our existing toy figurines into a digital animated series. To meet the surge in demand for animated content aimed at kids and families, our collaboration with a premier partner like WildBrain Spark feels natural because of their expertise in building premium digital brands and connecting them to viewers worldwide. We look forward to our partnership as we leverage the strength and resources of both companies to build Super Binks into a quality IP for a global audience.”

The Super Binks are seven cute superhero babies, whose enchanted pacifiers (or binkies) hold the key to their superpowers. Each baby comes from a different part of the world and possesses unique qualities and superpowers. Together they form a strong, diverse and dynamic super-team!

In each episode, the Super Binks battle against mischief and mayhem in order to protect their beloved Park – a vast and magical world that spans limitless terrains. On their wacky adventures, the Super Binks confront giant monsters, save creatures in need or simply have fun playing pranks on one another. When they’re not out on missions, the Super Binks hang out at the ‘Super Binks HQ’. Cleverly disguised as a (pretty epic) jungle gym, the Super Binks HQ is the perfect location for top-secret world-saving meetings and even more top-secret playdates.

WildBrain Spark is part of WildBrain Ltd., one of the world’s largest independent kids and family entertainment companies.

Park Star Media is a production company that creates and produces media content for all platforms. Based in Los Angeles and Seoul, Park Star Media develops brands and IP for the worldwide market with a focus on kids and family entertainment.