Toronto, ON – September 27, 2022 – WildBrain, a global leader in kids’ and family entertainment, has secured a wave of international sales across seasons one and two of The Brilliant World of Tom Gates and the brand’s Christmas special. A Sky Original kids’ TV series produced by TG Entertainment Limited, The Brilliant World of Tom Gates is based on the multi-million-copy bestselling Tom Gates book series written and illustrated by Liz Pichon. 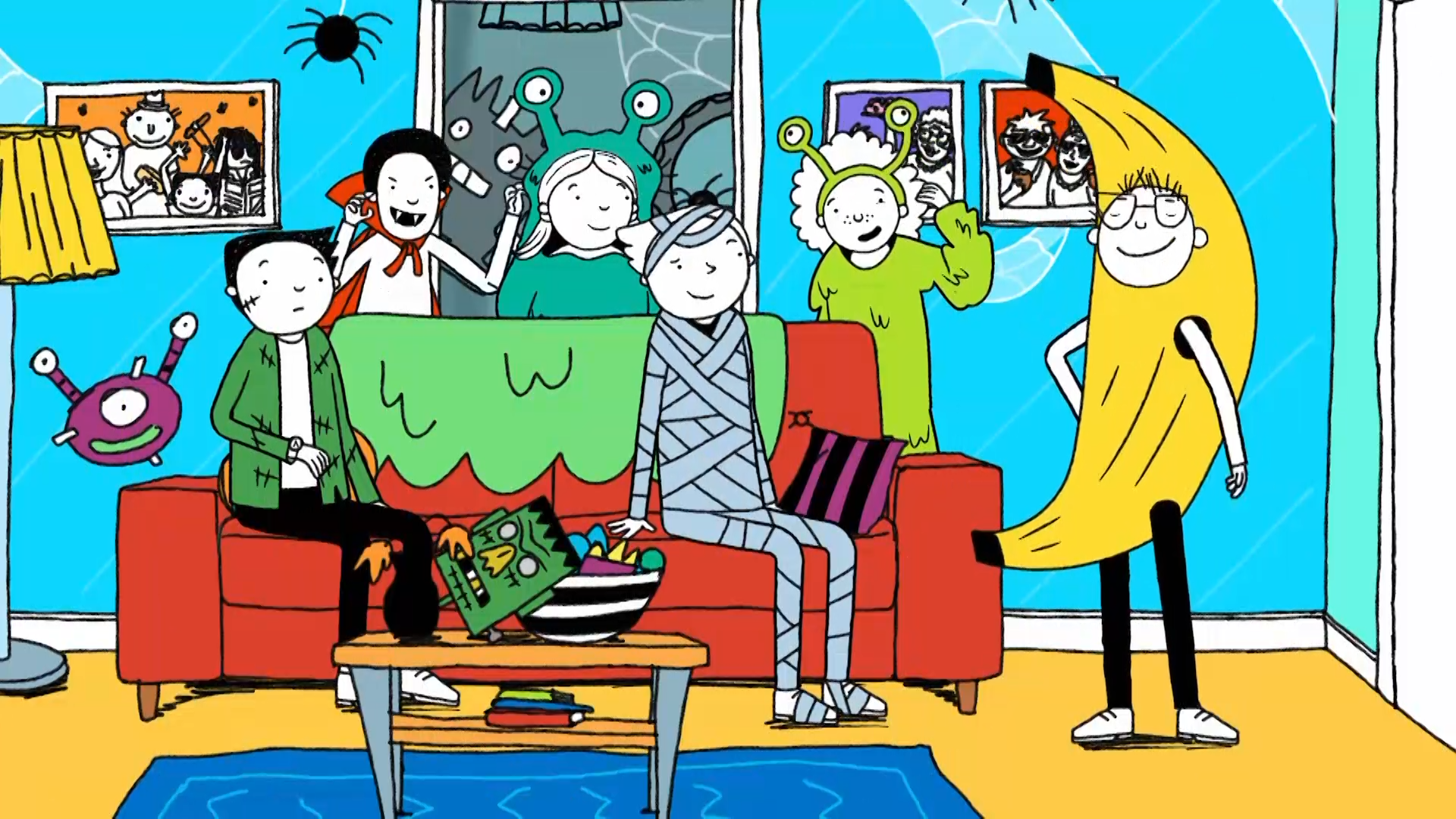 Caroline Tyre, VP Global Sales and Rights Strategy at WildBrain, said: “The Brilliant World of Tom Gates continues to draw audiences and broadcasters looking for a fun and innovative series with a distinctive visual style that kids can relate to. We’ve received tremendous feedback on the show, and we’re now excited to introduce the series to new international audiences and to share even more of Tom Gates through the hilarious new Halloween special, starring the incredibly talented DanTDM, and the epic Christmas special.”

A Sky Original kids’ series featuring a modular mixed-media magazine format, The Brilliant World of Tom Gates is based on the award-winning, multi-million-copy-bestselling Tom Gates books written and illustrated by Liz Pichon and published by Scholastic and translated into 46 languages worldwide. The heavily illustrated novels, in handwritten font with Tom’s doodles and pictures embellishing the text, document in hilarious detail his everyday trials and tribulations at home and school which all kids can relate to. The series follows Tom as he has fun with his family and friends, solves life’s problems, and comes up with an epic array of excuses to avoid doing his homework!

At WildBrain we inspire imaginations to run wild, engaging kids and families everywhere with great content across all media. With approximately 13,000 half-hours of filmed entertainment in our library – one of the world’s most extensive – we are home to such brands as Peanuts, Teletubbies, Strawberry Shortcake, Yo Gabba Gabba!, Caillou, Inspector Gadget, Johnny Test and Degrassi. At our 75,000-square-foot state-of-the-art animation studio in Vancouver, BC, we produce such fan-favourite series as The Snoopy Show, Snoopy in Space, Chip & Potato, Carmen Sandiego, Go, Dog. Go! and more. Our shows are enjoyed worldwide in more than 150 countries on over 500 streaming platforms and telecasters, and our AVOD business – WildBrain Spark – offers one of the largest networks of kids’ channels on YouTube, garnering billions of views per month from over 245 million subscribers. Through our leading agency, WildBrain CPLG, we also license consumer products and location-based entertainment in every major territory for our own properties as well as for our clients and content partners. Our television group owns and operates four family entertainment channels that are among the most viewed in Canada. WildBrain is headquartered in Canada with offices worldwide and trades on the Toronto Stock Exchange (TSX: WILD). Visit us at WildBrain.com.

TG Entertainment Ltd was set up to produce and manage the audio-visual rights, licensing and merchandising rights based on the best-selling book series The Brilliant World of Tom Gates by Liz Pichon.  The company possesses a wealth of knowledge, talent and experience in kids and family entertainment across: TV, film and animation from its award-winning founders and owners, Arabella Page Croft from Black Camel Pictures (Annika, Sunshine on Leith and Falling For Figaro) and Ken Anderson from Wild Child Animation (64 Zoo Lane and Dennis and Gnasher).