WILDBRAIN AND HEADSPINNER STRIKE PARTNERSHIP ON DENIS AND ME ACROSS DISTRIBUTION, BROADCAST AND YOUTUBE

Toronto, ON – May 19, 2021 – WildBrain, a global leader in kids’ and family entertainment, has partnered with Headspinner Productions for a second season of the hit 2D-animated kids comedy series Denis and Me, following a commission from WildBrain Television’s Family Channel (Canada) for 20 x 3’ new episodes. Family Channel also picks up the show’s first season of 10 x 3’ episodes, launching summer 2021. Season two will premiere in the fall. Additionally, WildBrain will handle global distribution of Denis and Me across seasons one and two, and the company’s premium kids and family AVOD network, WildBrain Spark, will exclusively manage the popular Denis and Me channel on YouTube worldwide, including direct advertising sales.

Denis and Me targets kids aged 6-11 and follows the adventures of a quirky teenager named Denis and his best friend, an enterprising business cat named Sir Meows A Lot. Season one of the series originally launched in December 2020 on YouTube, where it became an instant hit, with over 320 thousand subscribers and 20 million views to date. Production is underway on season two at Cartoon Conrad in Beaverbank, Nova Scotia, with expected delivery in summer 2021. The new episodes are being produced with the financial participation of the Shaw Rocket Fund. The series is created by Diana Moore and co-created by and stars Denis Kopotun, the Canadian YouTube sensation whose channels have generated over 9 million subscribers and almost 4 billion views globally. 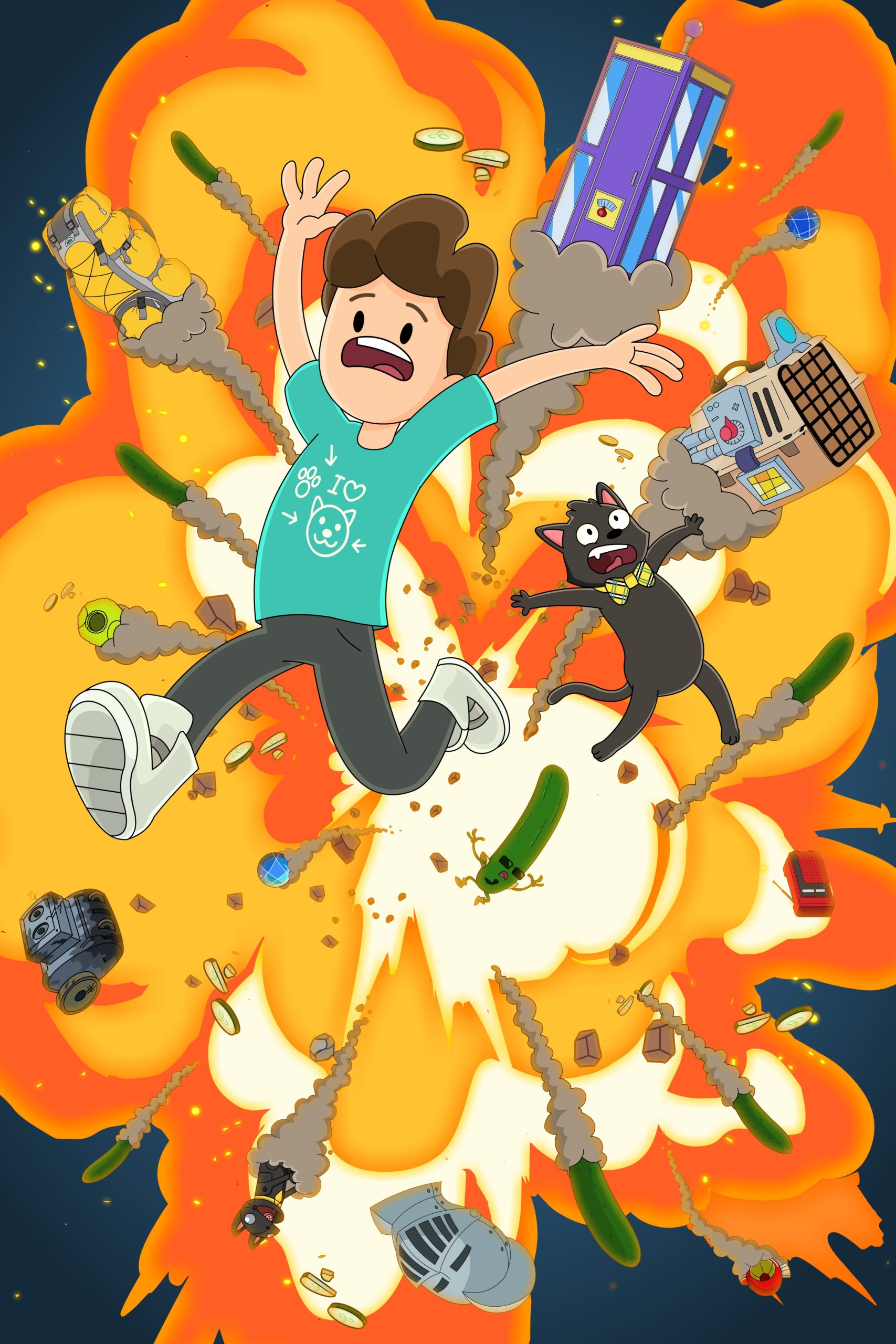 Katie Wilson, VP Channels and Curation at WildBrain, said: “We’re always on the lookout for great series that will appeal to kids and families worldwide, no matter which platform they’re watching. Denis and Me definitely hits the mark with its heartfelt and hilarious storylines, and we look forward to working with Headspinner to build on the show’s early success by growing its global audience through broadcast, global distribution and YouTube.”

Michelle Melanson, President at Headspinner Productions, added: “We’re thrilled to have WildBrain and Family Channel on board as our new partners. Denis and Me is off to an amazing start and we can’t wait to continue to grow our fanbase and brand with all-new episodes.”

Agnes Augustin, President and CEO, Shaw Rocket Fund, said: “We’re excited to continue our involvement in Denis and Me by supporting the second season of this entertaining, high-quality program, which will be available for kids to enjoy on more platforms. We are thrilled to have WildBrain and Family Channel introduce Headspinner’s great series to even more youth across Canada and the world.”

Michelle Melanson (The Next Step, Stella and Sam, Fangbone!) and Ken Cuperus (The Stanley Dynamic, Hudson and Rex) of Headspinner Productions and Diana Moore (Ollie the Boy Who Became What He Ate, Stella and Sam) serve as Executive Producers, with Moore also showrunning the series.

Headspinner is an award-winning creative production company spearheaded by industry veterans Michelle Melanson and Ken Cuperus headquartered in Toronto, Ontario, Canada. We are committed to creating and executing great content for the international market. From kids and family to drama and genre, Ken and Michelle are driven by an unparalleled passion for the creative industry. Please visit us at: headspinnerproductions.com.

The Shaw Rocket Fund is a vital partner of the Canadian children’s media sector in offering children robust world-leading content on all platforms. The Rocket Fund proudly invests in and supports Canadian-made media that respects and speaks to children, reflects Canadian values and showcases diversity and inclusion while celebrating Canadian leadership on the world stage. By working with producers, regulators, and government, the Shaw Rocket Fund aims to make quality content for kids a global priority. Since its inception, the Shaw Rocket Fund has invested over $245 million in 1,003 Canadian media content for children, family, and youth audiences worldwide. Contributors to the Fund are Shaw Communications and Shaw Direct. Find out more at rocketfund.ca.