Toronto, ON – November 3, 2022 – WildBrain, a global leader in kids’ and family entertainment, has signed an overall “first look” deal with acclaimed producer Bonnie Arnold (How to Train Your Dragon, Toy Story) in a move that builds on the company’s commitment to working with the industry’s best creative talent. Academy Award®- and BAFTA-nominated Arnold will spearhead numerous episodic projects, TV specials and features for WildBrain. Initial projects include Which Way to Anywhere, the latest novel from Cressida Cowell, the bestselling author of the How to Train Your Dragon series, as well as Cowell’s beloved Emily Brown picture books. WildBrain has exclusively optioned both properties from Cowell. 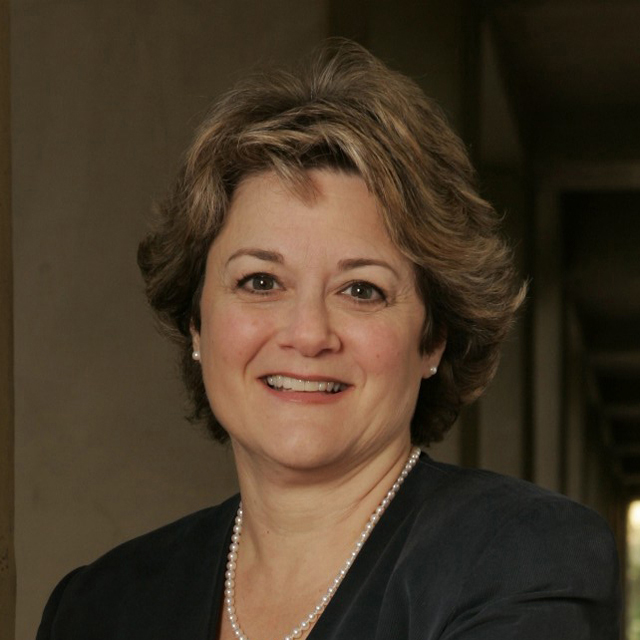 Arnold produced all three blockbuster How to Train Your Dragon movies for DreamWorks Animation, based on Cowell’s bestselling novels, which have sold more than 10 million copies worldwide. The Dragons film franchise has grossed more than US $1.6 billion worldwide. Cowell’s newest work, Which Way to Anywhere, was published in September 2022 by Hachette Children’s Group and immediately shot to the top of the Children’s and YA Fiction bestsellers lists in the UK. The first in a new book series from Cowell, the novel has been heralded by The Times of London as “pacey, thrill-packed and highly imaginative” and by The Telegraph as a “joyously anarchic story”.

The critically acclaimed and award-winning five-volume Emily Brown picture-book series, which is illustrated by Neal Layton and follows Emily and her toy rabbit, Stanley, as they embark on intrepid adventures to help others, has been sold worldwide by Hachette Children’s Group. 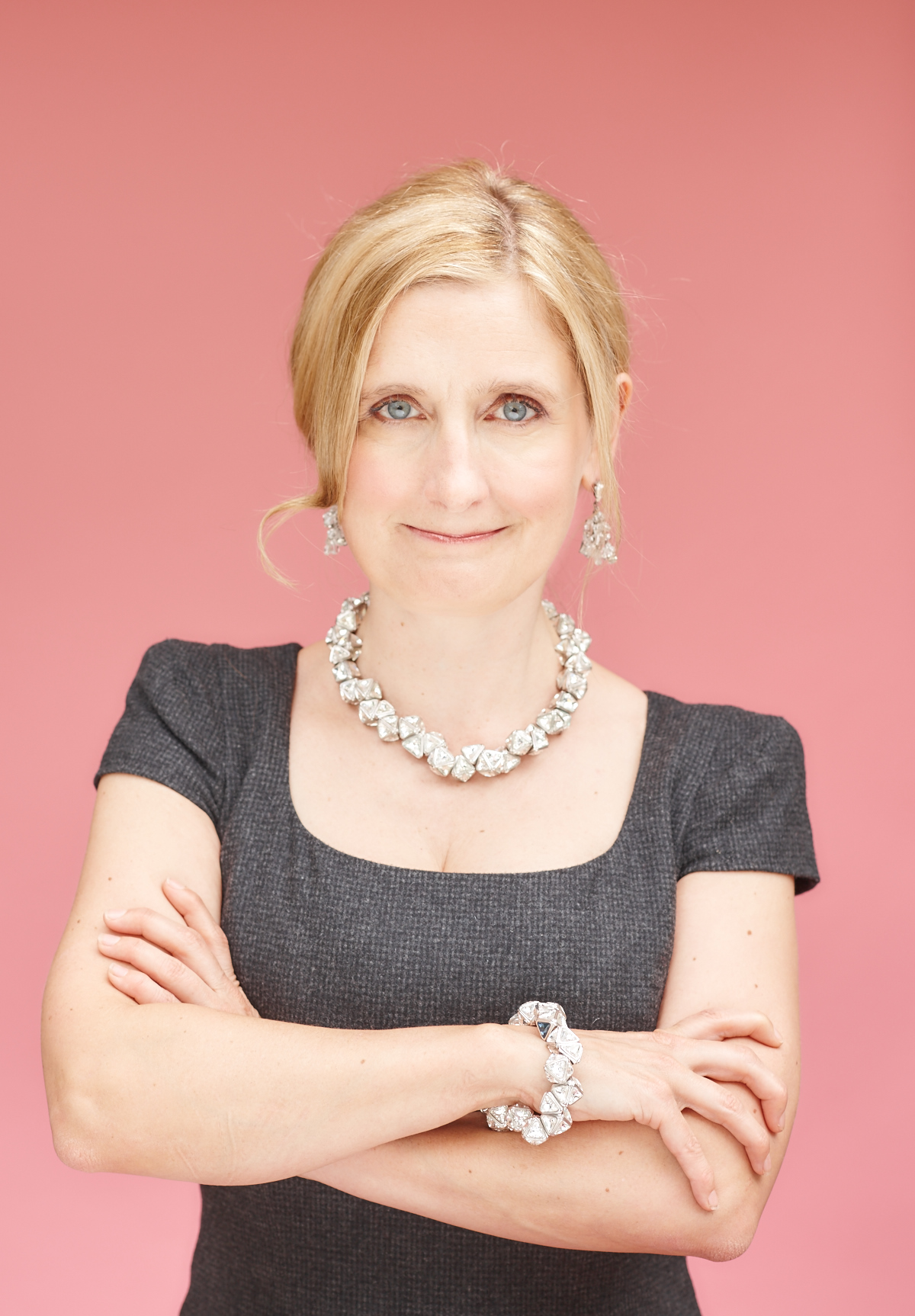 Eric Ellenbogen, CEO at WildBrain, said: “I couldn’t be more thrilled that we’ve reunited Bonnie Arnold with Cressida Cowell for two terrific new projects at WildBrain. Bonnie is a treasure in the world of animation, combining not only outstanding creative and storytelling vision, but also a keen commercial sensibility. Given her stewardship of the Dragons franchise, there’s no one better to bring Cressida’s splendid new novel, Which Way to Anywhere, to life on screen. Welcoming a producer of Bonnie’s exceptional taste and experience into the WildBrain fold will further elevate our creative slate both in scope and ambition.”

Bonnie Arnold said: “I love the unconventional characters and exciting worlds that Cressida creates.  I’m thrilled to be working with her again on such a fresh and imaginative story. Which Way to Anywhere has all the right ingredients—comedy, heart and a little bit of magic too.  WildBrain is an ideal partner for this and Emily Brown.  Eric and the wonderful team at WildBrain Studios have so much experience creating outstanding family programming.  I look forward to working with them in bringing these and other captivating stories that I am passionate about to the screen.”

Cressida Cowell said: “I have worked with Bonnie Arnold for over a decade with the How to Train Your Dragon movies: she’s a powerhouse of creativity and commercial instinct. I’m delighted to be partnering with her and the ambition, imagination and vision of WildBrain to bring Which Way to Anywhere and Emily Brown to screen.” 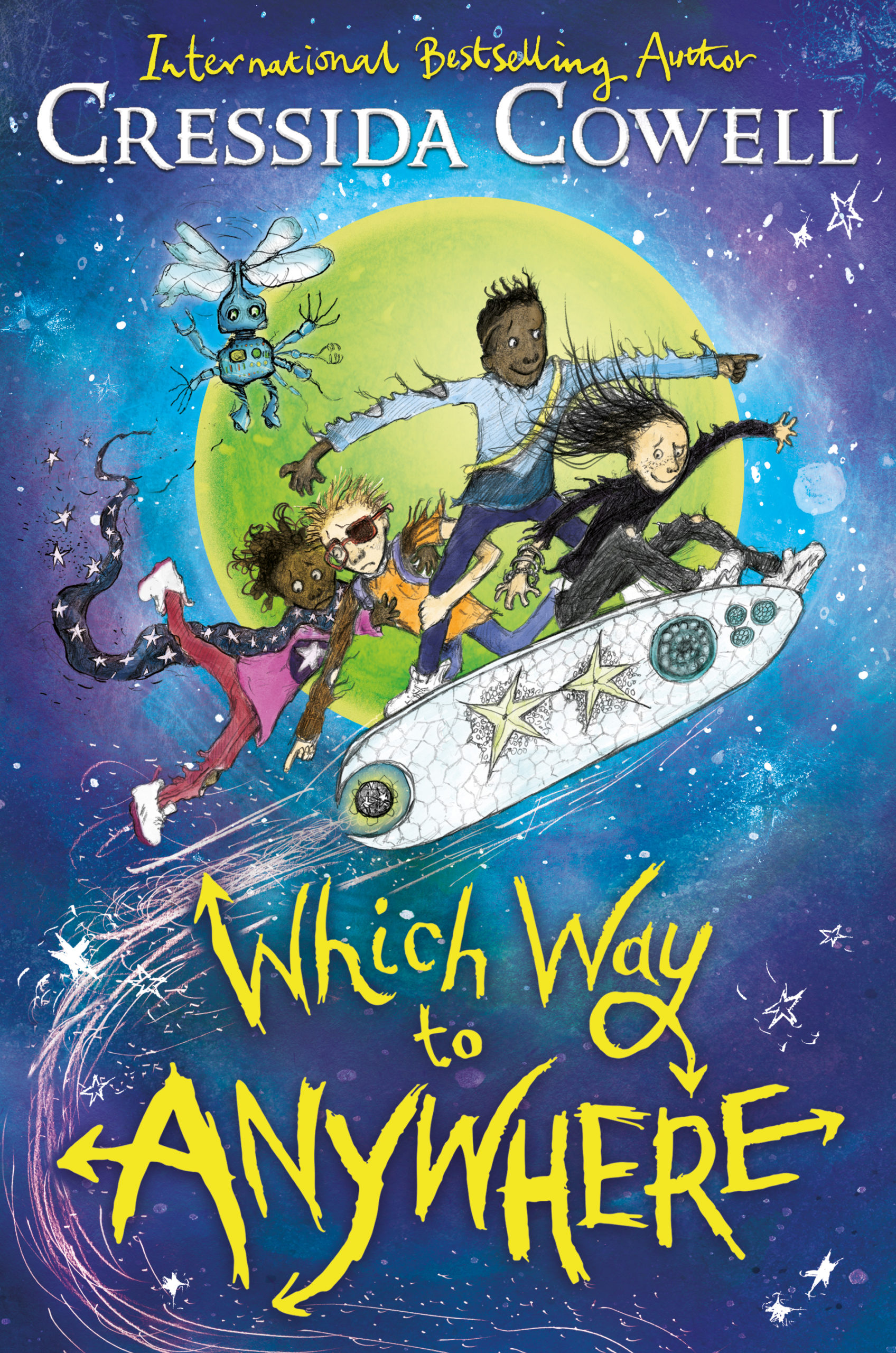 About Which Way to Anywhere

From the bestselling author of How to Train Your Dragon and The Wizards of Once comes an out-of-this-world new adventure. K2 O’Hero is a seemingly ordinary boy—after all, he and his twin sister Izzabird have been sworn to keep their family’s magical history a secret. Not even their infuriating stepsiblings, Theo and Mabel, know that magic exists. They believe K2 to be the most hopeless person they have ever known.

But K2 has a secret gift: he draws maps of worlds that are beyond the wildest of imaginations. Worlds with six hundred moons, burning rivers and dark, twisty jungles alive with plants that hunt by the smell of fear. What K2 doesn’t know, is that the maps he draws are real.

When their baby sister Annipeck is kidnapped, the warring stepsiblings will have to use K2’s gift to find a crossing point into one of those worlds and embark on a daring rescue mission. With a terrible beast and a petrifying robot assassin in their way, they must learn to work together quickly—because the future of their family is at stake.

The Emily Brown series follows Emily and her toy rabbit, Stanley, as they embark on intrepid adventures to help others. Along the way they demonstrate the unbreakable bond between child and favorite toy, and that kindness, determination and a sense of humor can overcome almost any obstacle. The series is widely critically acclaimed: both The Times and Financial Times of London declared it their picture book of the year, with The Guardian calling it “a visual feast.” Cowell and Layton won the prestigious Nestle Gold Award, and the books are published worldwide. It’s been read on UK prime time slot CBeebies Bedtime Story. There are five books: The Rabbit Belongs to Emily Brown; Cheer Up Your Teddy Bear Emily Brown; Emily Brown and the Thing; Emily Brown and the Elephant Emergency; and Emily Brown and Father Christmas.

Two-time Academy Award® nominee, Bonnie Arnold is a veteran filmmaker and a leading force in imaginative storytelling.  As an accomplished producer in almost every genre, the combined global revenue for the films that Arnold has produced totals more than US $2.2 billion at the box office.

Arnold most recently produced the Academy Award®-nominated animated How to Train Your Dragon: The Hidden World. Previously, Arnold served as Co-President of Features at DreamWorks Animation, overseeing an impressive slate that included such successes as Kung Fu Panda 3, Trolls and The Boss Baby.

UK Children’s Laureate 2019-2022, Cressida Cowell MBE, is the number-one bestselling author-illustrator of the How to Train Your Dragon, The Wizards of Once and Which Way to Anywhere book series, and the author of the Emily Brown picture books, illustrated by Neal Layton. She has sold over 11 million books worldwide in 42 languages and had multiple number one hits. How to Train Your Dragon is also an Academy Award®-nominated DreamWorks Animation film series, and a TV series shown on Netflix and CBBC; The Wizards of Once has also been optioned for film by DreamWorks Animation.

Cressida is a passionate campaigner for the right of every child to access books, and her Laureateship focused on the vital importance of school libraries. She is an honorary fellow of Keble College, Oxford, and has an honorary doctorate from the University of Brighton. She has won numerous prizes for her books, including the Ruth Rendell Award for Championing Literacy, Gold Award in the Nestle Children’s Book Prize and the Hay Festival Medal for Fiction.

At our state-of-the-art animation studio in Vancouver, we produce award-winning, fan-favourite series, such as The Snoopy Show; Snoopy in Space; Sonic Prime; Chip and Potato; Strawberry Shortcake: Berry in the Big City; Carmen Sandiego; Go, Dog. Go! and many more. Enjoyed in more than 150 countries and on over 500 streaming platforms and telecasters, our content is everywhere kids and families view entertainment. WildBrain Spark, our AVOD network, has garnered over 1 trillion minutes of watch time on YouTube, offering one of the largest selections of kids’ content on that platform. Our leading consumer-products and location-based entertainment agency, WildBrain CPLG, represents our owned and partner properties in every major territory worldwide. Our television group owns and operates some of Canada’s most-viewed family entertainment channels. WildBrain is headquartered in Canada with offices worldwide and trades on the Toronto Stock Exchange (TSX: WILD). Visit us at wildbrain.com