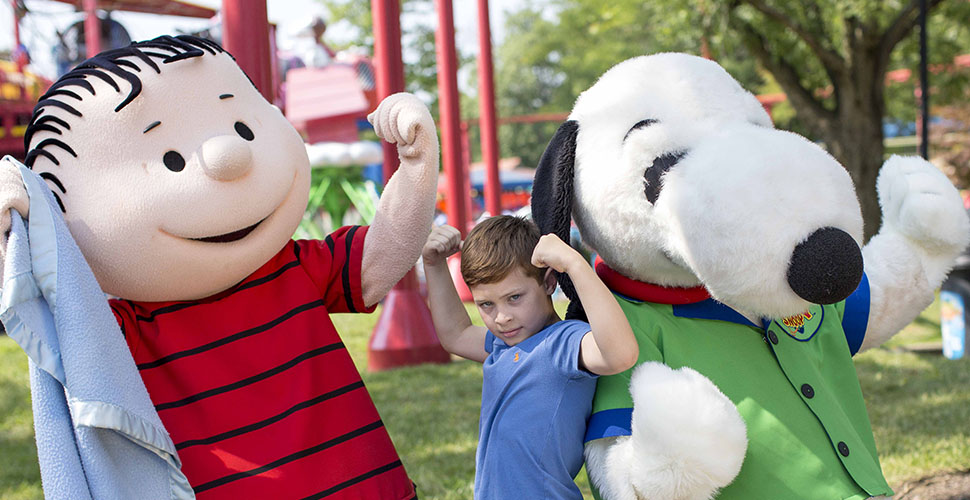 “On the heels of our recent acquisition of the Peanuts brand, further cementing our relationship with Cedar Fair assures an extensive and continued North American presence in the amusement park arena and guarantees a long-term revenue stream in this category,” stated Dana Landry, Chief Executive Officer of DHX Media. “This agreement extension speaks to the enduring appeal of the Peanuts brand, and as a leader in children’s content and brands, we value the opportunity to work with Cedar Fair to reach an all-family audience for Charlie Brown, Snoopy and the rest of the Peanuts gang.”

Matt Ouimet, Chief Executive Officer, Cedar Fair, said, “The renewed relationship between Cedar Fair and Peanuts Worldwide allows both companies to develop and extend their brands, creating a more immersive experience for guests through meet-and-greets, live entertainment, merchandise and themed areas throughout the parks. With more than half of our parks now offering a free pre-K season pass for children, our continued showcasing of the beloved Peanuts characters underscores our commitment to entertaining young families.”

“Cedar Fair has been a long-standing and cherished partner to Peanuts, dating back many years to when Camp Snoopy first opened at Knott’s Berry Farm in 1983,” said Craig Schulz, son of Charles M. Schulz and President and Chief Executive Officer of Charles M. Schulz Creative Associates, LLC. “On behalf of my entire family, I look forward to many more years of bringing the joy of my father’s characters to the fans in Cedar Fair’s parks.”

About Peanuts Worldwide and DHX Media
The Peanuts characters and related intellectual property are owned by Peanuts Worldwide, a subsidiary controlled by DHX Media and the family of Charles M. Schulz. DHX Media Ltd. (TSX: DHX.A, DHX.B; NASDAQ: DHXM) is a leading children’s content and brands company, recognized globally for such high-profile properties as Peanuts, Teletubbies, Strawberry Shortcake, Caillou, Inspector Gadget, and the acclaimed Degrassi franchise. One of the world’s foremost producers of children’s shows, DHX Media owns the world’s largest independent library of children’s content, at 13,000 half-hours. It licenses its content to broadcasters and streaming services worldwide and generates royalties through its global consumer products program. Through its subsidiary, WildBrain, DHX Media operates one of the largest networks of children’s channels on YouTube. Headquartered in Canada, DHX Media has 20 offices worldwide. Visit us at www.dhxmedia.com.

Disclaimer
This press release contains “forward-looking statements” under applicable securities laws with respect to DHX Media including, without limitation, statements regarding the potential extension of the contract with Cedar Fair beyond the initial term, activities and revenue streams under the contract with Cedar Fair, the appeal of the Peanuts brand, the audience reach of such brand, and other benefits expected to be derived from the contract, including development and extension of the brand, as well as the business strategies and operational activities of DHX Media and its subsidiary, Peanuts Worldwide LLC. Although DHX Media believes that the expectations reflected in such forward-looking statements are reasonable, such statements involve risks and uncertainties and are based on information currently available to DHX Media. Actual results or events may differ materially from those expressed or implied by such forward-looking statements. Factors that could cause actual results or events to differ materially from current expectations, among other things, include assumptions regarding activities to be undertaken under the contract with Cedar Fair and the ability of the parties to execute on their obligations under such contract, as well as risk factors discussed in materials filed with applicable securities regulatory authorities from time to time including matters discussed under “Risk Factors” in DHX Media’s most recent Annual Information Form and annual Management Discussion and Analysis, which also form part of the DHX Media’s annual report on Form 40-F filed with the U.S. Securities and Exchange Commission. These forward-looking statements are made as of the date hereof, and DHX Media assumes no obligation to update or revise them to reflect new events or circumstances, except as required by law.