Toronto, 20 February 2018 — It may be March Break for most fans, but class is back in session at Keaton School of the Arts as Family Channel’s popular tween drama Backstage returns for its second season. Premiering Monday, March 12 at 6:30 p.m. ET/PT, the highly anticipated second season debuts as a full week event, with new episodes airing daily at 6:30 p.m. ET/PT until Friday, March 16, and an advance preview on The Family Channel App. The all-new season headlines Family’s March Break programming lineup, which includes the return of the out-of-this-world competition series, Massive Monster Mayhem and new movies every day! 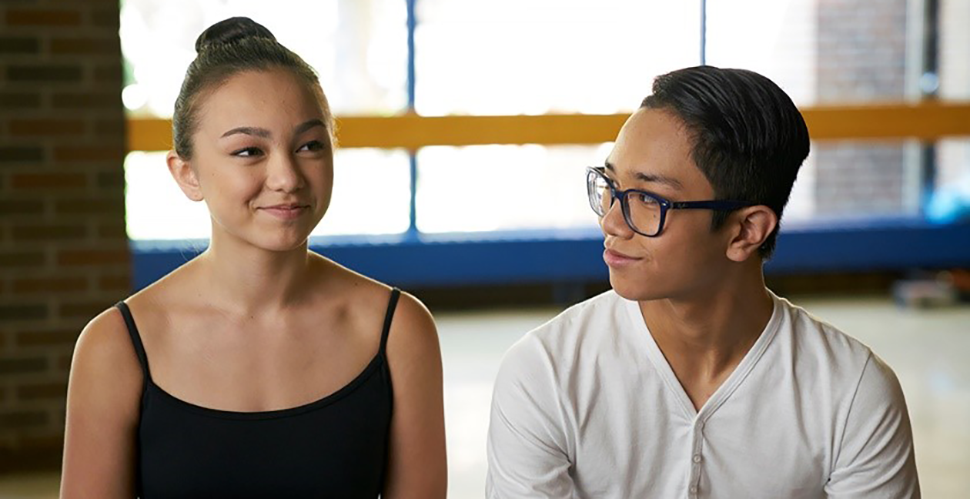 Backstage follows a group of exceptionally talented teenagers as they face the challenges that come with attending the prestigious Keaton School of the Arts. Season two welcomes a brand new school year for the students with the emergence of new rivalries, friendships and a multi-school arts competition. The series, which is filmed in Toronto, features an all-Canadian cast and all-original musical score, with episodes directed by some of today’s most notable music video directors including RT! (Snoop Dogg, Sean Paul), Director X (Drake, Rihanna, Zayn), Wendy Morgan (Dragonette, Janelle Monáe) and Warren Sonoda (Johnny Reid, George Canyon). Following premiere week, Backstage moves to its regular timeslot, Fridays at 6:30 p.m. ET/PT.

Season two of Backstage premieres as part of Family Channel’s March Break lineup, a can’t-miss programming event for the entire family. The fun officially begins on Friday, March 9 at 9 p.m. ET/PT with the network premiere of Daddy’s Home (starring Mark Wahlberg and Will Ferrell) and features must-see movies daily at 7 p.m. ET/PT, from March 10 – 18. Movie titles include: The Smurfs, Astro Boy, Hotel Transylvania, Monster House, Zathura: A Space Adventure, Away & Back, Open Season 3, Surf’s Up and The Peanuts Movie. The festivities also include the return of Massive Monster Mayhem, a laugh-out-loud comedy that pits real-life kids against all-star monsters in the most grueling and toughest challenges known to mankind. New episodes will debut on Monday, March 12, Wednesday, March 14, and Friday, March 16 at 9:30 a.m. ET/PT, before the series moves to its regular timeslot on March 24, Saturdays at 9 a.m. ET/PT.

Family Channel’s multi-platform offerings will also be joining the March Break celebrations with new episodes of Backstage available on the The Family Channel App beginning March 9. Immediately following each episode’s broadcast premiere, fans can head to the App to watch the next episode of Backstage, one day early! Those looking to catch up on past episodes can take advantage of the App’s Free Preview, which currently offers the entire first season of Backstage and the first part of Massive Monster Mayhem to users without a subscription throughout February and March. New episodes will also be available on Family OnDemand, with a sampling on Family.ca.