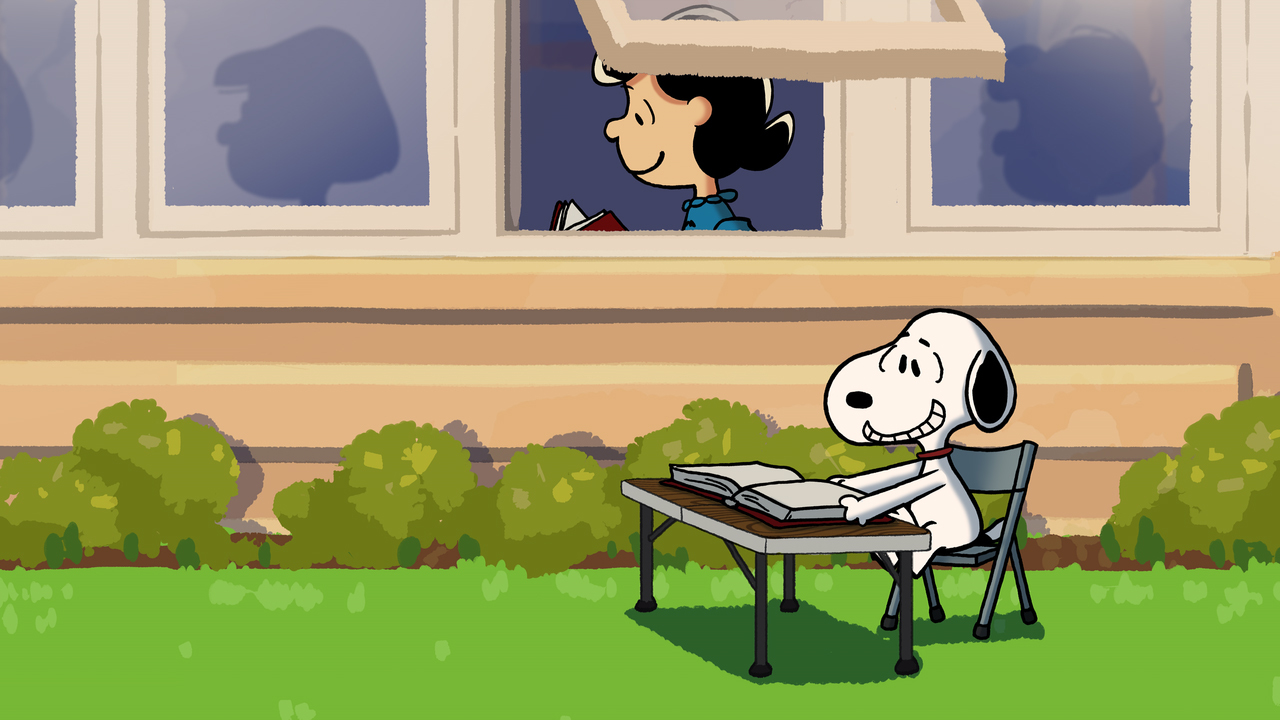 The Peanuts gang are anxious about starting at a new school in the Fall, inspiring Lucy to start her own school instead, but teaching isn’t as easy as it sounds. “Lucy’s School” is a love letter to teachers, and an appreciation of the impact a teacher can have on a child. It explores the fear of change, and shows how Lucy, supported by her friends, faces and overcomes her own fears.

Also coming to Apple TV+ on Friday, August 12 through its partnership with WildBrain are new episodes of the beloved Apple Original, “The Snoopy Show” season two.

The  award-winning slate of original films and series for kids and families on Apple TV+ also includes the recently premiered critically-acclaimed “El Deafo,” “Best Foot Forward,” “Lovely Little Farm,” “Duck & Goose,”  “Pinecone and the Pony,” “Fraggle Rock: Back to the Rock” and “Harriet the Spy” from The Jim Henson Company; “Hello, Jack! The Kindness Show” from Jack McBrayer and Angela C. Santomero; “Wolfboy and the Everything Factory” from Joseph Gordon-Levitt, HITRECORD and Bento Box Entertainment; “Get Rolling with Otis” and “Puppy Place”; Daytime Emmy Award-winning “Ghostwriter” and “Helpsters” from Sesame Workshop; Academy Award-nominated animated film “Wolfwalkers”; Peabody Award-winning series “Stillwater”; new series and specials from Peanuts and WildBrain including “Snoopy in Space” season two, “It’s the Small Things, Charlie Brown,” and “For Auld Lang Syne”; and “Here We Are: Notes for Living on Planet Earth,” the Daytime Emmy Award-winning television event based on the New York Times best-selling book and TIME Best Book of the Year by Oliver Jeffers.

Apple TV+ offers premium, compelling drama and comedy series, feature films, groundbreaking documentaries, and kids and family entertainment, and is available to watch across all your favorite screens. After its launch on November 1, 2019, Apple TV+ became the first all-original streaming service to launch around the world, and has premiered more original hits and received more award recognitions faster than any other streaming service in its debut. To date, Apple Original films, documentaries, and series have earned 250 wins and 1,115 award nominations and counting, including this year’s Oscar Best Picture winner “CODA.”

Apple TV+ is available on the Apple TV app in over 100 countries and regions, on over 1 billion screens, including iPhone, iPad, Apple TV, Mac, popular smart TVs from Samsung, LG, Sony, VIZIO, TCL, and others, Roku and Amazon Fire TV devices, Chromecast with Google TV, PlayStation and Xbox gaming consoles, and at tv.apple.com, for $4.99 per month with a seven-day free trial. For a limited time, customers who purchase and activate a new iPhone, iPad, Apple TV, Mac, or iPod touch can enjoy three months of Apple TV+ for free.* For more information, visit apple.com/tvpr and see the full list of supported devices.