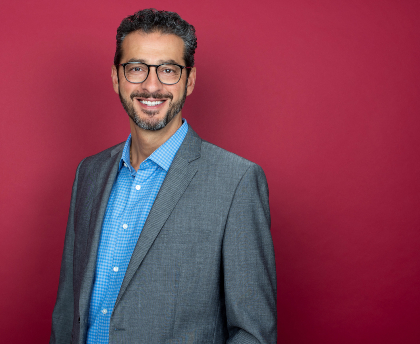 Amir Nasrabadi, Executive Vice President and General Manager – Vancouver Studio, has over 20 years’ experience in production, operations, finance and strategy in the animation and visual effects industry, having held senior roles with some of the world’s top production companies and studios. At WildBrain’s Vancouver animation studio, Mr. Nasrabadi oversees all animation production, leading the Vancouver animation team in working closely with WildBrain’s creative, content and brands teams. Prior to WildBrain, Mr. Nasrabadi was EVP of Finance and Operations for Illumination, producers of such global hits as Despicable Me, Minions, The Grinch and Sing. At Illumination, Mr. Nasrabadi led all aspects of operations, IT, finance, planning, competitive and industry analysis, and business development. Prior to Illumination, Mr. Nasrabadi was SVP of Production at Paramount Animation, and before Paramount, Mr. Nasrabadi worked for 15 years with The Walt Disney Studios, where he was VP Finance and Operations for DisneyToon Studios, and then in 2009, launched and ran Pixar Canada in Vancouver. As VP and General Manager of Pixar Canada, Mr. Nasrabadi oversaw all production and represented the Pixar brand to the creative community, local and provincial government and industry leaders. Mr. Nasrabadi started his career with Deloitte & Touche in 1993 as a CPA. He holds a BA in Business Economics from the University of California at Santa Barbara.