Eric Ellenbogen, Chief Executive Officer, WildBrain, said: “These appointments represent further steps forward in the reorganization begun last year and will help us realize the greatest value from our leading portfolio of content and brands. We’re strengthening and aligning our team to propel growth across brand building, creativity and business development. Michael, Deirdre, Daisy, Jianbo and Liz bring considerable expertise and give us a great mix of leadership skills to maximize opportunities in today’s media landscape.”

As Chief Brands Officer (CBO), veteran brand, content and marketing executive Michael Riley will draw on over 25 years of experience in company building, brand and IP development and global marketing to identify and develop key franchise opportunities for WildBrain’s portfolio of renowned kids and family brands, such as Strawberry Shortcake, Teletubbies, Rev & Roll and Inspector Gadget, and he will identify new franchise opportunities within the WildBrain ecosystem. Based in New York, Riley reports to WildBrain CEO, Eric Ellenbogen. 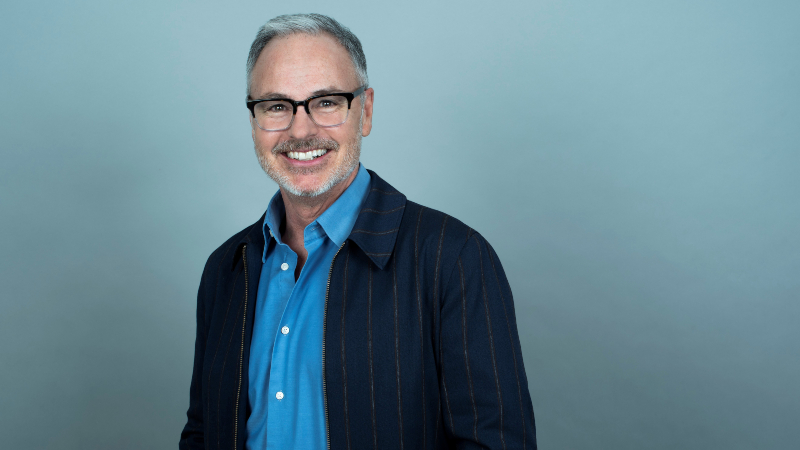 Riley said: “With the growth of streaming platforms worldwide, there has never been a better time to develop content-driven brands. WildBrain owns some of the world’s most-loved kids’ content and I look forward to working with the team to build out new and expand existing brand strategies for key properties in our IP portfolio.”

Riley has previously worked for some of the biggest firms in entertainment, consumer products and media, focusing on top children’s IP, including Strawberry Shortcake, Polly Pocket, Power Rangers, Ben 10, and My Little Pony. As VP of Franchise Development and Content Strategy & Distribution at Mattel, he was charged with starting a division which identified, launched and expanded Mattel’s billion-dollar franchises. Prior to Mattel, Riley led the start-up of Hasbro’s Franchise and Entertainment Division, driving consumer engagement to transform brands into kids and family entertainment franchises.

Before working for Hasbro, Riley was Vice President of Strategic Marketing at Bandai America, where he headed up a marketing group to identify, build, launch and market kids’ brands. Riley has also worked for Sony’s Consumer Products Division as Vice President, Strategic Marketing, Film and Television, where he was a key member of a cross-functional task force charged with eliminating silos, promoting communication and spearheading and identifying key opportunities for growth. In his early career, he built a foundation in agency work (Saatchi & Saatchi), research (Information Resources), and classic consumer products (Nestle).

Since 2014, Riley has worked with IP 360 Group, a consultancy firm specializing in creating and executing strategic plans to launch, build and grow kids and family IP across all platforms.

Deirdre Brennan brings more than 20 years of leadership experience in children’s entertainment and media. Since July 2019, she has been advising WildBrain’s senior management team on content and distribution strategy, priorities and processes. As Executive Vice President, Content Partnerships, Brennan will play a key role in WildBrain’s content group, overseeing the Company’s global distribution business as well as its suite of Family-branded broadcast channels in Canada operated by WildBrain Television. Reporting to WildBrain President Josh Scherba, Brennan is based in Toronto. 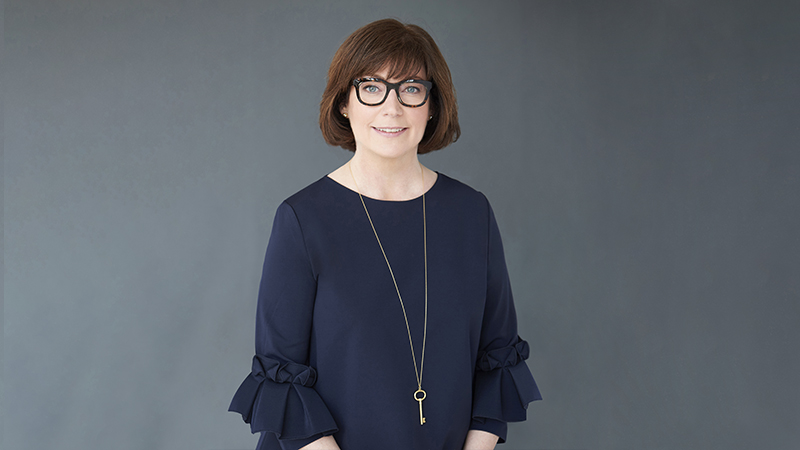 Brennan stated: “Having worked closely with Josh Scherba and WildBrain in recent months, I am incredibly excited to lead the distribution and broadcast teams as we focus on creative excellence and valued content partnerships, leveraging the power of WildBrain’s integrated business.”

An influential executive in the global media industry, Brennan previously worked for NBCUniversal Cable Entertainment as General Manager, Universal Kids; Corus Entertainment, where she oversaw all aspects of the kids’ portfolio as Vice President, Content; and ABC TV (Australia), where she was Head of Children’s Television. She has also worked as Director of Content/General Manager for BBC Worldwide Australia and as Director of Programming, Nickelodeon Australia.

Joe Tedesco has been named Chair of WildBrain Television, reporting to Josh Scherba. In this role, Tedesco will draw on his decades of experience in broadcast television to focus on revenue relationships, business development, regulatory matters and government relations for the channels. Tedesco will also continue to Chair the Programming Committee for WildBrain Television. We look forward to continuing to benefit from Tedesco’s expertise.

As Managing Director, China, Jianbo Wei will be responsible for building an expanded business strategy to exploit the considerable opportunity in China for WildBrain’s content and consumer products licensing. Bringing over a decade of experience, Wei has previously managed business and growth strategies in China for many of the world’s leading entertainment multinationals. Based in Shanghai, Wei will oversee Territory Sales Manager Lisa Lee and report to WildBrain President, Josh Scherba. 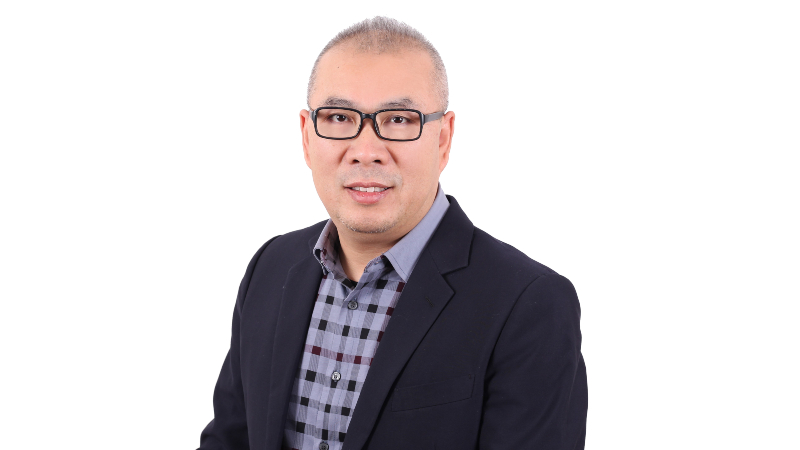 Wei commented: “I am delighted to join the WildBrain team and energized to apply my many years of experience in China’s entertainment industry to unlock and grow value for WildBrain’s content and brands.”

Prior to joining WildBrain, Wei worked for NBCUniversal, where he built and led a China team that drove significant growth in content licensing. Before that, Wei worked for The Walt Disney Company, as Director, Government Relations for the Shanghai Disney Resort, managing relations and engagement with third-party stakeholders including government agencies, industry partners, business associations and schools. Prior to Disney, Wei worked for Warner Bros., where he was responsible for the international TV and new media distribution business in China. He also worked for a period with AGB Nielsen Media Research, focusing on strategic planning, government relations, PR and marketing.

In her role as Vice President, Short Form Content, Daisy Wall will play an integral role in WildBrain’s overall content strategy, developing and executing a short-form digital program for the Company’s creative slate. Based in Los Angeles, Wall will work closely with WildBrain Spark, the Company’s AVOD business, and with creative teams at WildBrain Studios. As a member of WildBrain’s development team, Wall reports to Stephanie Betts. 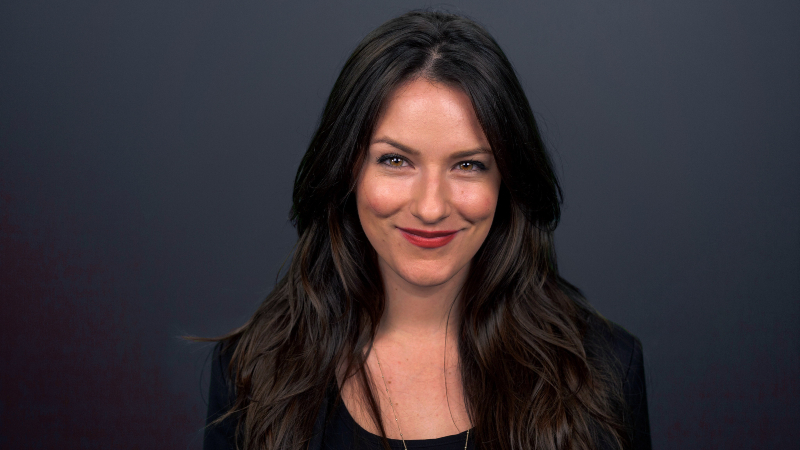 Wall said: “WildBrain has an incredibly rich collection of content and brands, and the WildBrain Spark platform is second to none for delivering short-form content. I’m thrilled to be diving in to spearhead a new short-form program with the development, production and WildBrain Spark teams. I look forward to experimenting on new ways to engage, surprise, and inspire young viewers.”

Wall was formerly a Creative Content Producer with NBCUniversal’s DreamworksTV. There, she developed and produced original short form series, as well as branded content for Trolls, How to Train Your Dragon and Spirit Riding Free. Prior to her time in digital, Wall worked as a producer in New York for channels such as Discovery, National Geographic, E! and MTV.

Reporting to Scherba, Liz Thompson has been promoted to the position of Vice President, Marketing and Communications. Based in Toronto, Thompson has been with WildBrain since 2011 and most recently led the successful global rebrand of the Company. She oversees WildBrain’s brand positioning, driving an integrated marketing and communications strategy across the Company’s corporate, content and consumer product groups. 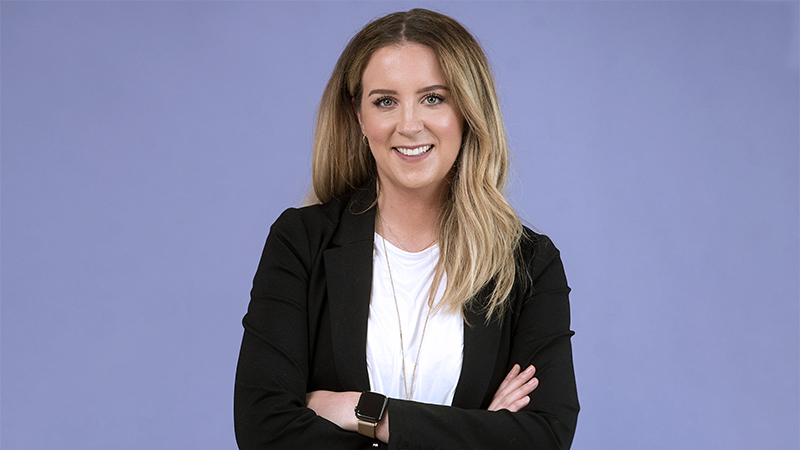 Thompson said: “The rebrand to WildBrain has been a unifying and energizing force across the company and I am excited now to lead a team of marketing and communications professionals as we build on this momentum to continue our focus on creativity, imagination and innovation.”

At WildBrain we make great content for kids and families. With approximately 13,000 half-hours of filmed entertainment in our library – one of the world’s most extensive – we are home to such brands as Peanuts, Teletubbies, Strawberry Shortcake, Caillou, Inspector Gadget and Degrassi. Our shows are seen in more than 150 countries on over 500 telecasters and streaming platforms. Our AVOD business – WildBrain Spark – offers one of the largest networks of kids’ channels on YouTube, with over 145 million subscribers. We also license consumer products and location-based entertainment in every major territory for our own properties as well for our clients and content partners. Our television group owns and operates four family entertainment channels that are among the most-viewed in Canada. WildBrain is headquartered in Canada with offices worldwide and trades on the Toronto Stock Exchange (TSX: WILD). Visit us at www.wildbrain.com.


This press release contains “forward-looking statements” under applicable securities laws with respect to the Company including, without limitation, statements regarding the impact of management appointments on the Company and its business and the business strategies and operational activities of the Company and results therefrom. Although the Company believes that the expectations reflected in such forward-looking statements are reasonable, such statements involve risks and uncertainties and are based on information currently available to the Company. Actual results or events may differ materially from those expressed or implied by such forward-looking statements. Factors that could cause actual results or events to differ materially from current expectations, among other things, include the risk factors discussed in materials filed with applicable securities regulatory authorities from time to time including matters discussed under “Risk Factors” in the Company’s most recent Annual Information Form and annual Management Discussion and Analysis, which also form part of the Company’s annual report on Form 40-F filed with the U.S. Securities and Exchange Commission. These forward-looking statements are made as of the date hereof, and the Company assumes no obligation to update or revise them to reflect new events or circumstances, except as required by law.