Huddle up this holiday season to enjoy the Canadian premiere of Caillou’s Perfect Christmas and Abominable and the Invisible City, along with festive favourites featuring Shaun the Sheep and Raymond Briggs’ magical Snowman—plus learn some Earth-shattering secrets about Santa!

Toronto, ON – November 24, 2022 – ’Tis the season! This December, WildBrain Television is gifting some special holiday programming for the whole family to unwrap on Family Channel and Family Jr. The festive fun features the Canadian premiere of WildBrain’s original special, Caillou’s Perfect Christmas, where an imaginative trip to the North Pole helps Caillou learn to cope when plans go wrong. Families can also cozy up for additional network premieres, including The Snowman and the Snowdog, a sequel to the Oscar-nominated The Snowman; the hour-long special, Abominable and the Invisible City, which continues the wild and wooly adventures of Everest the yeti; a brand new episode of Miraculous: Tales of Ladybug & Cat Noir; and two specials from the Shaun the Sheep franchise: Timmy Time: Timmy’s Christmas Surprise and Shaun the Sheep: The Flight Before Christmas. Also, get ready for some Earth-shattering revelations about Santa Claus in the fun mockumentary exposé, The Secrets of Christmas Revealed! All this, plus an action-packed lineup of holiday marathons and festive episodes of fan-favourite series will knock the whole family’s stockings off this December!

Caillou’s Perfect Christmas – In this brand-new special, Caillou is so excited for Christmas! He’s playing reindeers with his sister Rosie, helping put up stockings and getting the cookies ready for Santa’s big visit. But his plans are dashed when a Christmas Eve snowstorm comes to town, followed by a power outage. His dad is stuck in the storm with their tree, the cookies can’t bake because the power is out, and Caillou is afraid Christmas will be ruined. Caillou’s mom tries to cheer him up with a story about the North Pole, where the Head Elf is dealing with his own Christmas problems, which takes Caillou on an imagination adventure that helps him learn that things don’t have to be perfect if you can find the good in any situation. Premiering Friday, December 9 at 8:00 a.m. ET on Family Jr.

Abominable and the Invisible City – This comedy-adventure series continues the wild and wooly adventures of the 2019 feature film, Abominable. Through Everest the yeti, Yi, Jin and Peng know that there is a whole magical world out there, and now it’s even closer than they think! When they discover that their surroundings are teeming with magical creatures in need of their help, the kids will set out on extraordinary and heartfelt adventures throughout their city and beyond. Airing Friday, December 16 at 6 p.m. ET/PT on Family Channel

Miraculous: Tales of Ladybug & Cat Noir – The adventure in Paris continues for Ladybug and Cat Noir, surrounded with new allies and fighting an ever more powerful and determined opponent. But great changes lie ahead for Ladybug and Cat Noir in their superhero lives, and for Marinette and Adrien in their lives at school. Airing Friday December 16 at 5:30 p.m. ET/PT on Family Channel 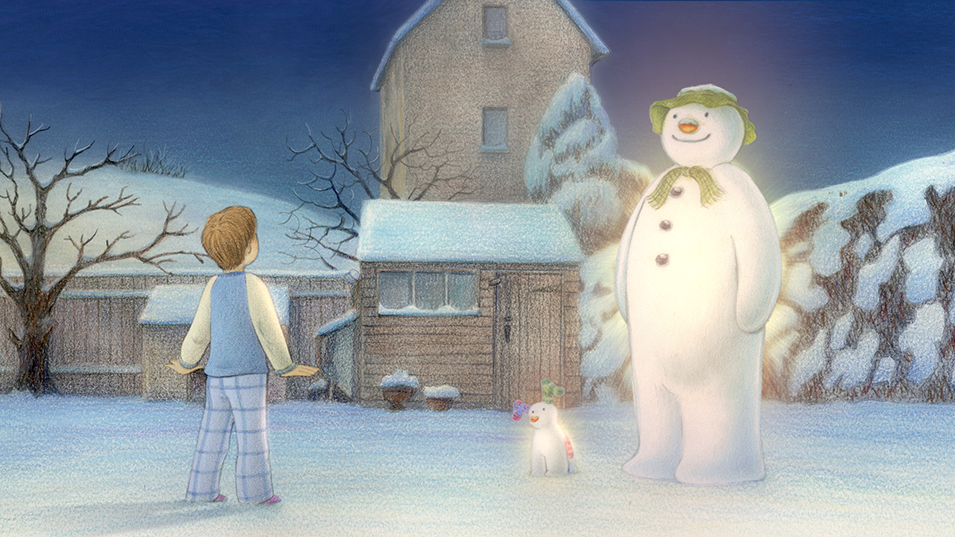 The Snowman and the Snowdog – A sequel to the Oscar-nominated wordless film, The Snowman, inspired by Raymond Briggs’ iconic children’s book of the same name, The Snowman and the Snowdog, sees the magic begin all over again. In this charming special, a young boy finds a secret hidden box under the floorboards of his new house containing a hat, scarf, some coal and a shriveled tangerine—a snowman-making kit! The boy builds a Snowman and, with a little snow leftover, a Snowdog. At the stroke of midnight, the two magically come to life, taking the boy on a flying adventure over London and all the way to the North Pole. Airing Friday December 16 at 8:40 a.m. ET/PT on Family Channel 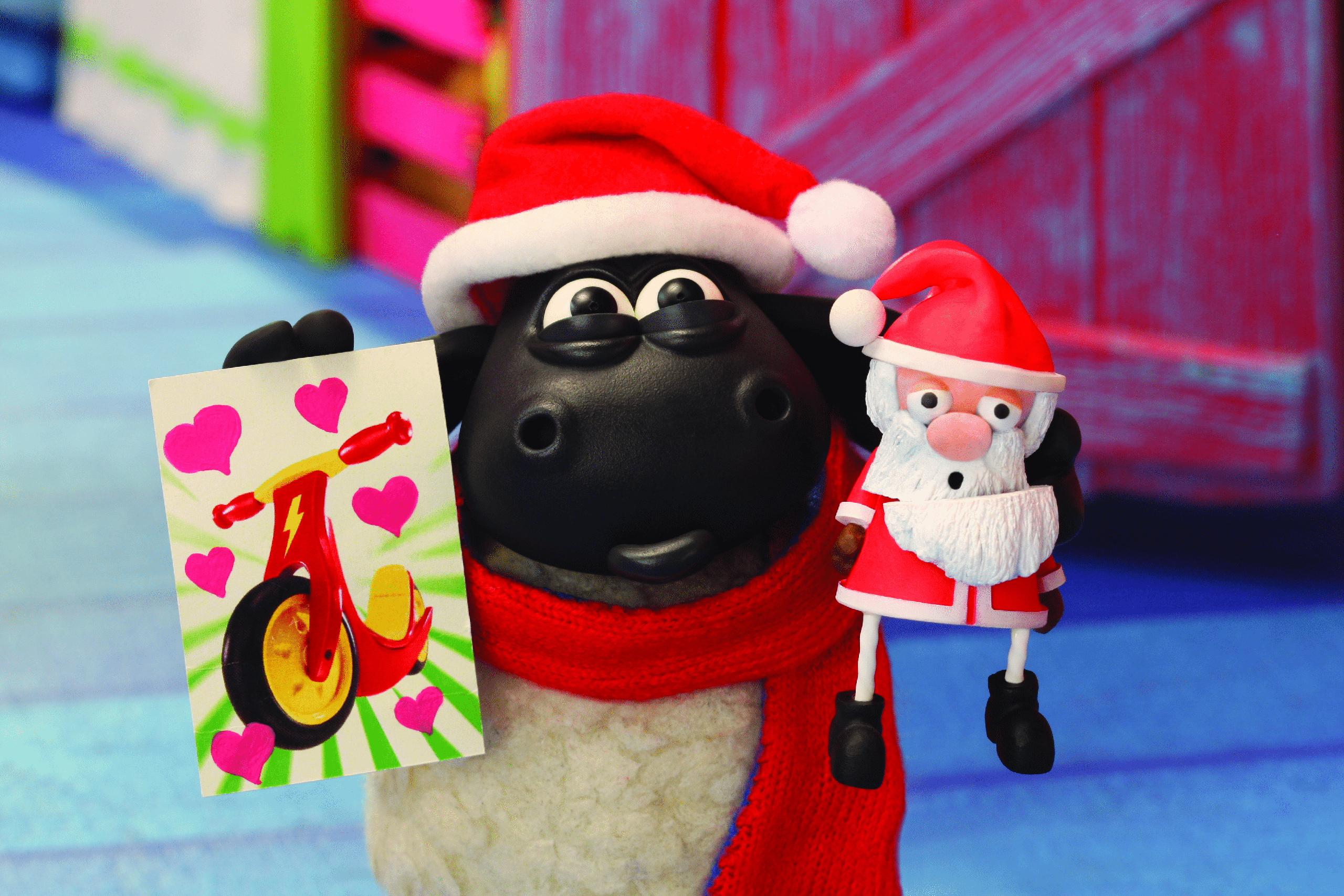 Timmy Time: Timmy’s Christmas Surprise – Timmy, the littlest lamb in Shaun the Sheep’s flock and star of his own award-winning spin-off series, is back for a holiday adventure! In this special, there are decorations to be made, a Christmas tree to be chosen and letters to write to Santa. When a blizzard suddenly sets in, Timmy and his friends are snowed in and have an unexpected sleepover, complete with a big Christmas surprise. Airing Friday, December 2 at 8:30 a.m. ET on Family Jr.

Shaun the Sheep: The Flight Before Christmas – In this special, everyone’s favourite sheep stars in his very own winter’s tale. Shaun’s seasonal excitement turns to dismay when a farmhouse raid to get bigger stockings for the Flock inadvertently leads to Timmy going missing. Can Shaun get Timmy back before he becomes someone else’s present? Airing Sunday, December 18 at 8:00 a.m. ET/PT on Family Channel

Secrets of Christmas Revealed! – This fun mockumentary investigation exposes the Earth-shattering revelations of how Santa Claus pulls off the most magical day of the year, after a massive data breach results in the release of millions of secret documents revealing the inner-workings of Santa’s entire Christmas operation. As each secret is unpacked, including “How do reindeers fly?” and “What’s the line between naughty and nice?”, a gripping audience play-along is provided, layering in pieces of information that all build up to a final reveal exposing the biggest secrets of Christmas. Airing Friday, December 9 at 7 p.m. ET/PT on Family Channel