Fireman Sam and the Pontypandy Rescue Team are returning to save the day on land, at sea and in the air with two new CG-animated seasons of Fireman Sam. Season 14 is scheduled to begin delivery in December 2022 and Season 15 is scheduled to begin delivery in June 2023, with each season bringing 26 x 11-minute episodes. The fresh seasons feature a host of nail-biting emergencies, plus newcomer Pilot Krystyna in a shiny new rescue plane, a freshly built airport, exciting upgrades to the team’s Jupiter fire engine and wonderful new friends to help! 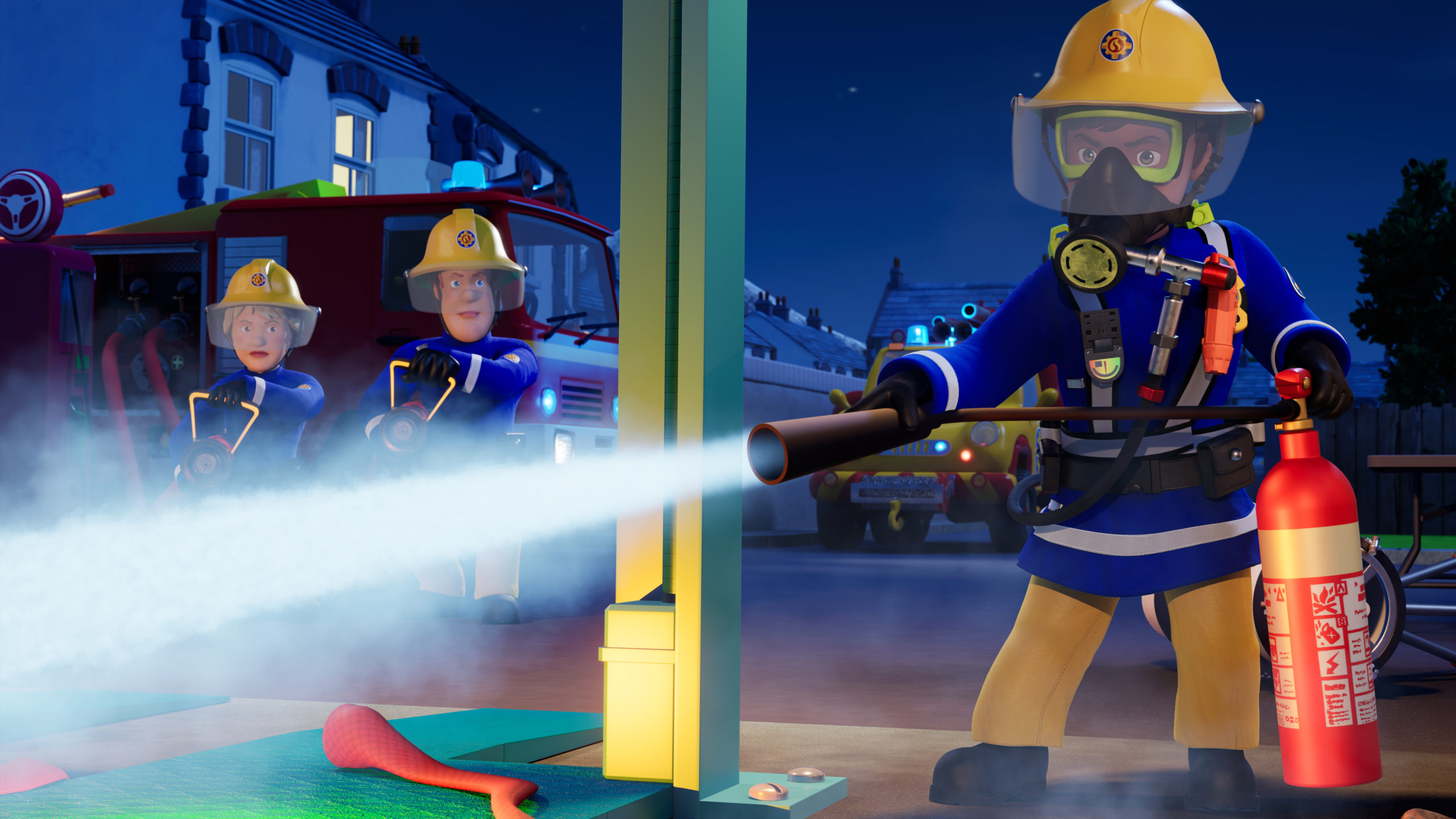 Also returning is Polly Pocket, based on Mattel’s original micro-scale doll brand. In Season 5 of Polly Pocket, slated for delivery beginning March 2023, Polly shares her magic “pockite” with her friends—now they all have their own unique powers! Together they’ll explore fantastical, tiny worlds that are full of big surprises. The new season for the 2D-animated series will consist of 26 x 11-minute episodes and the release of Polly Pocket: Sparkle Cove Adventure, a 66-minute special. In Sparkle Cove Adventure, Polly discovers the hidden world of Sparkle Cove—a marvelous, tropical island paradise and the origin of the magical “pockite” that gives Polly her shrinking powers. The release will mark the first special for Polly Pocket since Mattel relaunched the brand in 2018. 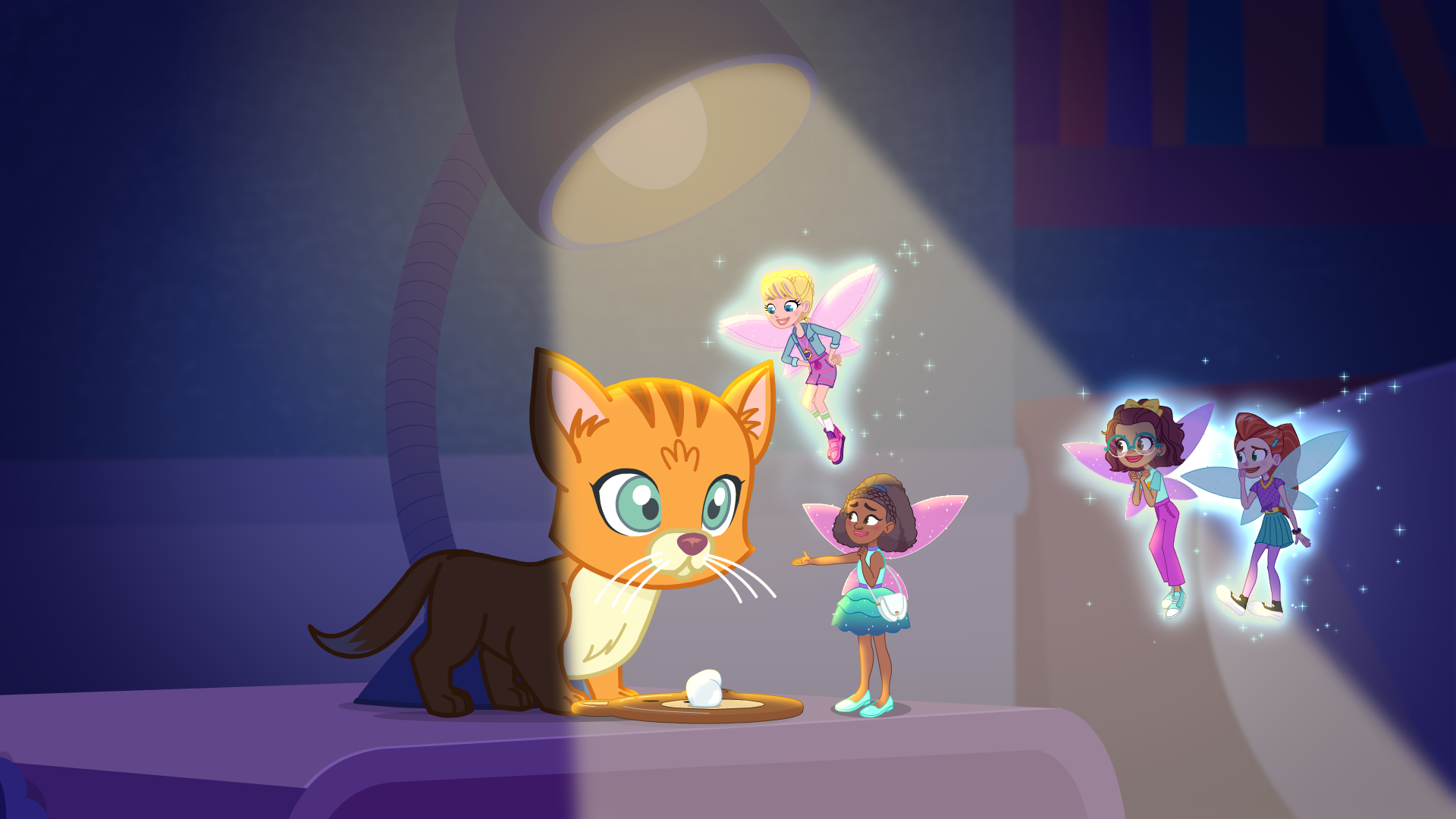 “We are thrilled to see the continued support and excitement for Fireman Sam and Polly Pocket around the world,” said Alex Godfrey, Vice President of Content Distribution at Mattel Television. “As these iconic Mattel properties continue to resonate with audiences globally, we look forward to sharing more stories and adventures for years to come.”

“Global demand from broadcasters and streamers for both Fireman Sam and Polly Pocket remains very strong,” said Caroline Tyre, Vice President of Global Sales & Rights Strategy at WildBrain. “These beloved series continue to delight and educate kids with compelling characters and stories filled with action and humour. We’re pleased to continue working with Mattel to deliver even more Sam and Polly for kids around the world to enjoy.”

The new greenlights and distribution deals are part of a multi-year, co-development, production, distribution and licensing agreement between Mattel and WildBrain. The new seasons of Fireman Sam and Polly Pocket are being produced at WildBrain’s Vancouver animation studio.

Explore the skies above Pontypandy with newcomer Pilot Krystyna as she navigates her shiny new plane through thrilling animal rescues with wild boars and beavers! See the freshly built airport hangar and check out the dashing updated uniforms for the entire rescue team! Marine biologist Jodie is also back, leading ocean conservation projects, and continuing to teach the cadets about ocean stewardship.

And, as this is Pontypandy, there will be a whole host of new nail-biting emergencies. From investigating the mysterious Ancient Pontypandy Way, to learning about safe beekeeping, to fighting fire along a community Fun Run route–the action continues! There’ll be high-flying adventures in the sky, ocean-cave rescues, village Fun-Runs gone awry, and a tricky situation to help Moose out of at the end of his 40-day Sleep Out Challenge. Not to mention the cadets discovering the Moon Men are Coming to Pontypandy… But whatever the rescue, wherever the emergency, you can be sure that the Rescue Team of Pontypandy will always be there to save the day!

After her Sparkle Cove Adventure, Polly Pocket will share the “pockite” she wins with her friends and family – giving them magic powers of their own. Shani’s translation pockite lets her communicate with anyone – even animals! And Lila can transform into anything from a hummingbird to a famous fashion designer! With new powers, Polly and her friends’ tiny adventures are extra mighty. And with their own “pockite” to master, Shani and Lila will have the opportunity to lead the friends on new discoveries!

Polly and her friends will find there’s lots to discover. Turns out, Littleton is filled with fantastical worlds – all hidden in plain sight! Thanks to Polly’s new Pocket Vision she can uncover hidden doors and sparkling portals to surprising new lands. From a world of adorable dust bunnies in her laundry room, to a land of tiny chocolatiers in a vending machine – Polly finds these wondrous worlds in the most unexpected places around town! With so much more to explore, Polly and her pals will become closer friends than ever before as they inspire each other and viewers alike to be capable, courageous and tenacious.

Mattel is a leading global toy company and owner of one of the strongest catalogs of children’s and family entertainment franchises in the world. We create innovative products and experiences that inspire, entertain, and develop children through play. We engage consumers through our portfolio of iconic brands, including Barbie®, Hot Wheels®, Fisher-Price®, American Girl®, Thomas & Friends®, UNO®, Masters of the Universe®, Monster High® and MEGA®, as well as other popular intellectual properties that we own or license in partnership with global entertainment companies. Our offerings include film and television content, gaming and digital experiences, music, and live events. We operate in 35 locations and our products are available in more than 150 countries in collaboration with the world’s leading retail and ecommerce companies. Since its founding in 1945, Mattel is proud to be a trusted partner in empowering children to explore the wonder of childhood and reach their full potential. Visit us online at mattel.com.