Halifax, NS – 16 October 2018 – DHX Media (or the “Company”) (TSX: DHX, NASDAQ: DHXM), a global children’s content and brands company, and Mattel, are pleased to announce that the new animated children’s series, Polly Pocket, has been picked up by 16 broadcasters internationally.  Based on the celebrated Mattel toy brand, the new Polly Pocket series follows Polly and her friends as they embrace big adventures in a shrunken size, thanks to Polly’s magic locket. Polly Pocket premiered in Canada in July, on DHX Media’s own Family Channel and Family Jr, and will roll-out globally throughout late 2018 and into 2019. 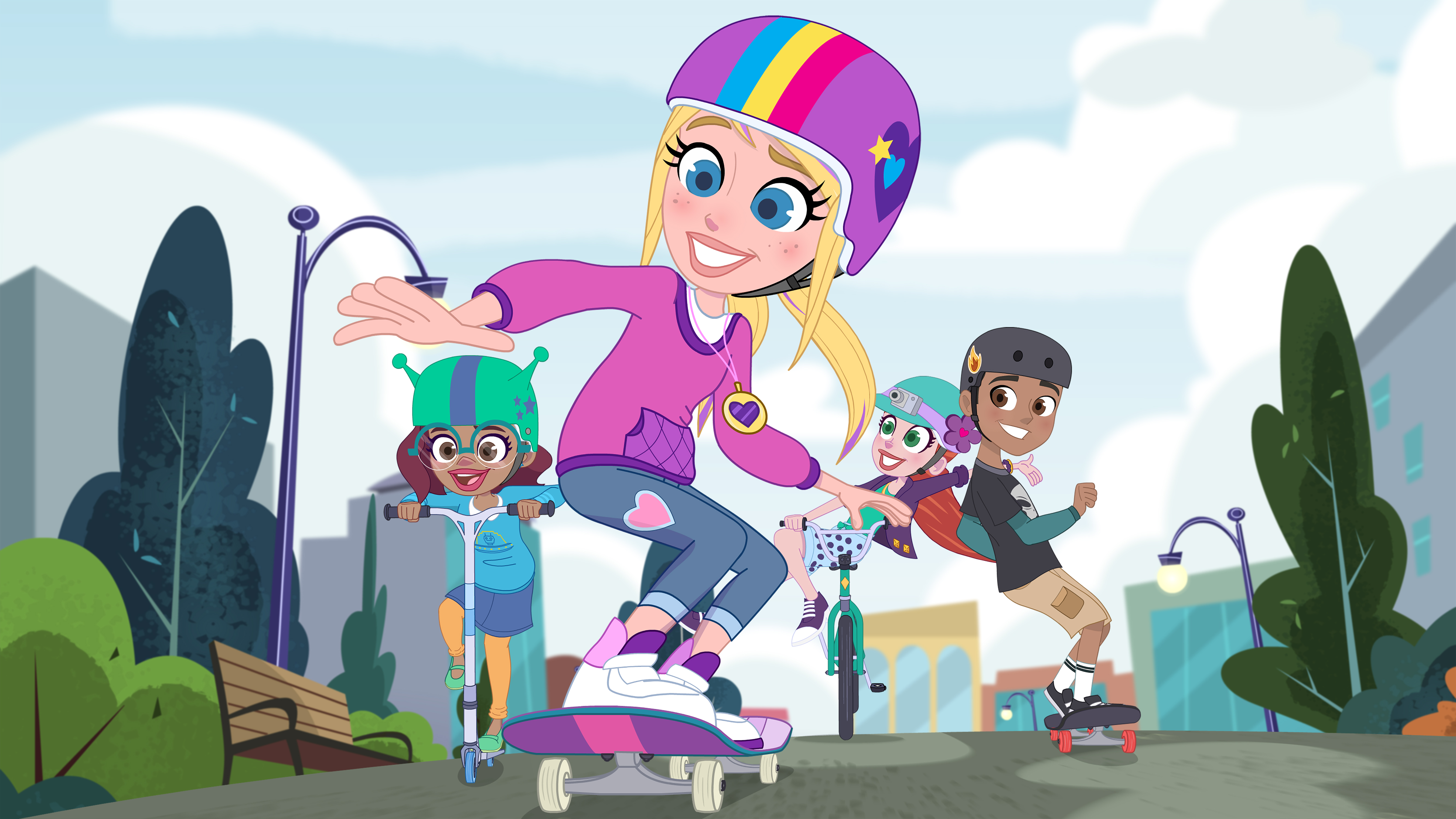 “Broadcasters around the world are snapping up the new Polly Pocket series because they know it’s based on a proven toy brand from Mattel that girls have loved for decades,” said Jerry Diaz, VP Distribution, DHX Media. “We’re confident Polly fans worldwide will be thrilled to see their favourite miniature toys come to life on screen with this new series, and enjoy some really big adventures with Polly and her best friends.”

Earlier this year, Mattel relaunched Polly Pocket toys, featuring the original micro-scale size and compacts that made Polly a phenomenon in the 1990s. The beloved brand has sold more than 10 million compacts throughout the years, and the new product line nods to the brand’s heritage and surprise factor, while reflecting the updated look of the characters and animated series.

Aimed at kids aged 6-9, and based on the celebrated toy brand of the same name, the new animated Polly Pocket (26 x 22’) series brings humor, adventure and heart to every episode. Polly is often told she’s “too little” to do the things she wants to do, but Polly proves what every kid already knows—being little isn’t a limitation, it’s her greatest strength! When Polly inherits a magic heirloom locket that allows her to shrink to four inches tall, she embraces her pocket-sized powers and finds the upside of shrinking is big fun for her and her best friends. So grab your BFFs and get ready to see how powerful pocket-sized can be. There’s no dream too big and no adventure too small for Polly Pocket! TINY POWER!

This press release contains “forward-looking statements” under applicable securities laws with respect to DHX Media including, without limitation, statements regarding the expected timing for broadcast of Polly Pocket and the expected consumer response to such program. Although DHX Media believes that the expectations reflected in such forward-looking statements are reasonable, such statements involve risks and uncertainties and are based on information currently available to the DHX Media. Actual results or events may differ materially from those expressed or implied by such forward-looking statements. Factors that could cause actual results or events to differ materially from current expectations, among other things, include risk related to consumer preferences, the ability of DHX Media to execute on licensing arrangements and other factors discussed in materials filed with applicable securities regulatory authorities from time to time including matters discussed under “Risk Factors” in DHX Media’s most recent Annual Information Form and annual Management Discussion and Analysis, which also form part of DHX Media’s annual report on Form 40-F filed with the U.S. Securities and Exchange Commission. These forward-looking statements are made as of the date hereof, and DHX Media assumes no obligation to update or revise them to reflect new events or circumstances, except as required by law.