Toronto,ON – 6 April 2016 – They’re smart, they’re funny and this Mother’s Day the Wayneys are coming to Family Channel in the premiere of the highly anticipated new series Raising Expectations. Debuting Sunday, May 8 at 7:30 p.m. ET/PT, the live-action family comedy, created by Tom Saunders (Arrested Development) stars Jason Priestley (Call Me Fitz, Beverly Hills: 90210) and Molly Ringwald (The Secret Life of the American Teenager, The Breakfast Club) as seemingly flawless parents Wayne and Paige Wayney. The series follows the misadventures of their less-than-perfect son, Emmett as he celebrates his relatively mediocre status within his overachieving family. Highlighting Sundays on Family as the go-to television destination for family entertainment, the new series is followed by a new episode of the family comedy Dr. Ken. 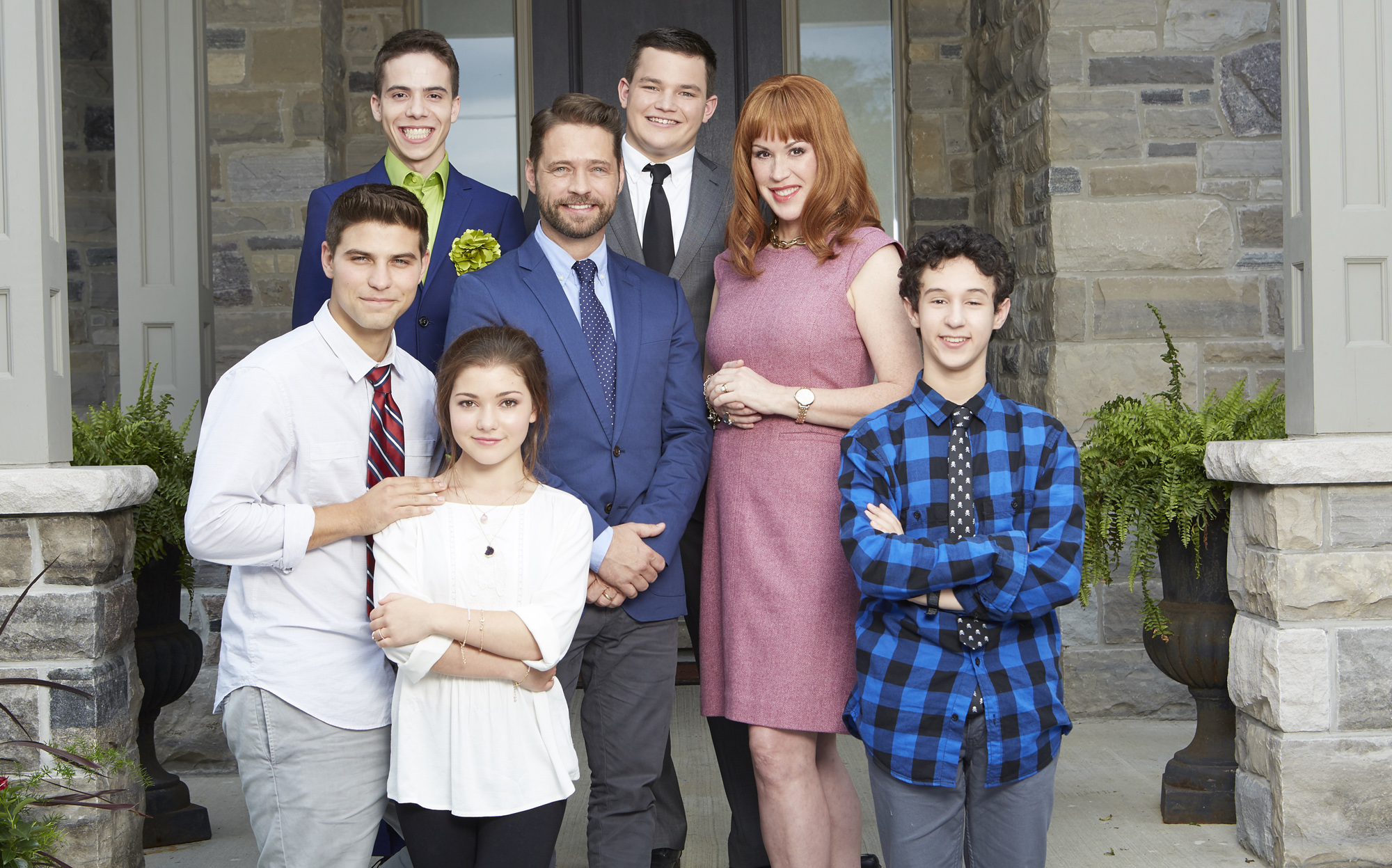 Ahh, the Wayneys… what an amazing family: good looking, smart, talented, athletic and popular. Child psychologist and bestselling author Paige Wayney (Ringwald) and her architect husband Wayne (Priestley) have worked hard at raising their five children to be “multi-exceptional”, and they succeeded…four times! However, their youngest son, Emmett, is a work in progress. But what he lacks academically, athletically and artistically, he is determined to make up with… nothing. Or as he calls it: “street smarts.” Bottom line, every day without a visit from rescue workers in hazmat suits is a win for the Wayneys!

In the premiere episode, titled ”Wayne’s White Lie,” Paige shares a tale about Wayne’s heroism during an online lecture, but the online community calls “baloney.” The Wayney kids rally to defend their dad against the internet trolls, but as the evidence against Wayne starts to mount, the kids begin to suspect that their parents’ legendary romance may have been built on lies.

Also coming to Family this Spring is the laugh-out-loud comedy Dr. Ken, starring doctor-turned-actor/comedian Ken Jeong (Community). A comedic take on his real life experienes, the series chronicles the daily life of a brilliant but caustic physician (Jeong) as he tries to balance his career with the daily challenges of being a dad. The series premieres with two back-to-back episodes on Sunday, April 17 at 8 p.m. ET/PT and, starting May 8, will air immediately following new episodes of Raising Expectations.