Designed to inspire children to have an interest in gardening, the Family Gardening Show ran from 1st to 4th June. It featured a special In the Night Garden zone, where children could engage in themed activities such as decorating plant pots, Upsy Daisy yoga sessions, musical activities set to the iconic theme tune and sensory story time sessions scheduled throughout the day.  In the Night Garden was the only entertainment brand to take part in the show, and its hugely loved characters made a special appearance at the show.

The activities at the Family Gardening Show complement the existing In the Night Garden branded activity trails that are running at all RHS gardens throughout the UK until the end of the month. The specially themed trails allow children to skip around the garden and complete tasks with Igglepiggle’s friends in fun imaginative play.  There is also an augmented reality app, powered by Gamar and available for download, which allows children to see the In the Night Garden characters come to life along the way. 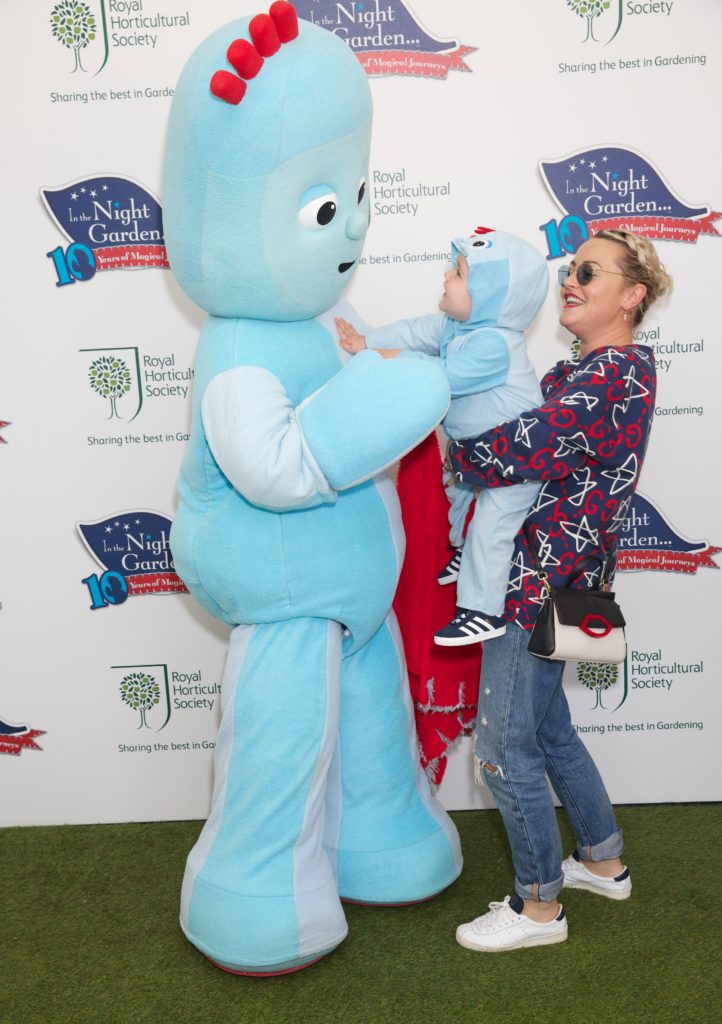 “We are thrilled that celebrities and their families have joined us to take part in our 10th anniversary celebrations,” said Deborah Walker, Brand Manager, DHX Brands.  “The activities perfectly reflect In the Night Garden’s themes of firing imaginations and encouraging discovery, and we have been delighted to collaborate with the RHS to bring the show to life for children around the country in this special celebratory year.”

Alexis Pym, Education and Learning Manager at RHS Garden Wisley, said: “The collaboration between the Royal Horticultural Society and In the Night Garden has enabled us to entertain some of our youngest visitors here at RHS Garden Wisley and ensure they have a magical time while exploring the great outdoors. The dedicated zone at our first ever Family Gardening Show also provided the perfect opportunity for fans of the show to get hands-on with fun gardening themed activities.”

In the Night Garden, which airs in the Bedtime Hour on CBeebies in the UK, is an enchanting and captivating world full of fascinating stories, nursery rhymes, music and humour. Igglepiggle, Upsy Daisy and Makka Pakka have become a part of bedtime rituals for many preschoolers.  In the Night Garden first aired in 2007 and became an immediate hit with very young children.  In 2013, the brand was acquired by DHX Media and since then, the property has gone from strength to strength and is currently one of the top 10 fastest growing preschool properties in toys, with strong licensing programmes in the UK, Australia and China.