Halifax, NS – 16 November 2017 – DHX Media (or the “Company”) (TSX: DHX.A, DHX.B; NASDAQ: DHXM), a leading global children’s content and brands company, has signed a new deal with Hulu that grants the premium streaming service the exclusive subscription video-on-demand (SVOD) rights in the U.S. for season one of its hit animated kids’ comedy, Supernoobs. All past episodes of the series are now streaming exclusively on Hulu. 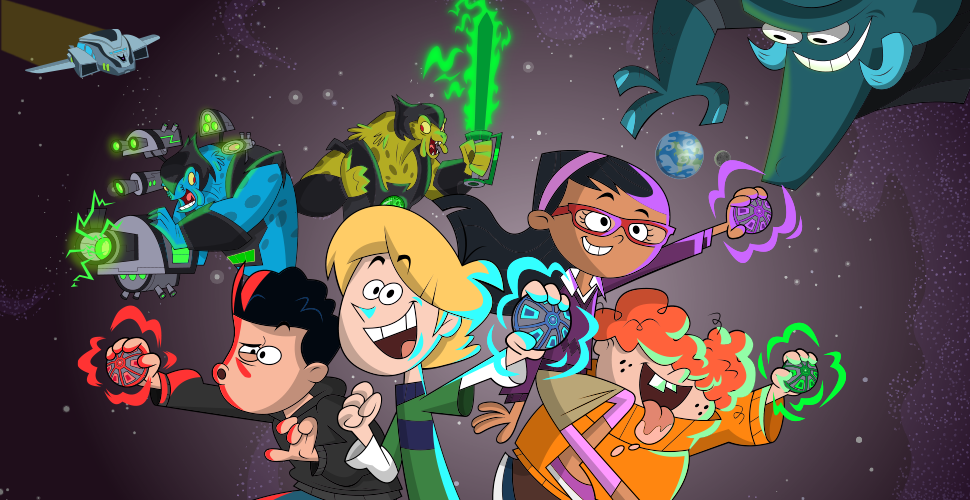 “Hulu is a fantastic home for Supernoobs, a zany and exciting original DHX Media series that is tailor-made to get kids laughing as they follow four kids on epic and outrageous adventures,” said Josh Scherba, EVP Content and Distribution at DHX Media. “This exclusive deal speaks to the increasing commitment to content being made by leading SVOD services, at a time when kids are hungry to find their next favourite show. We’re certain Supernoobs is such a show and that Hulu subscribers will love this series from Scott Fellows, creator of another DHX Media hit, Johnny Test.”

Supernoobs is a 2D animated kids’ comedy, originally developed with and commissioned by Corus Entertainment in Canada for their English and French animation network, TELETOON. Aimed at kids 6-11, the comedy is produced out of DHX Media’s Vancouver studio. Supernoobs is created by Scott Fellows, who is also behind DHX Media’s hit animated series, Johnny Test, created for the same target audience.

Supernoobs is a super-powered series in which four 12-year-old best friends – Kevin, Tyler, Shope, and the Roach – are accidentally recruited by an intergalactic alliance to help stop an evil space-virus spreading across the galaxy. So now these “noobs” have to not only survive the harrowing hallways of middle school, but have to crush microcosmic infections that turn earthlings into contagious beasts with one goal in mind – destroying Earth. Sometimes it’s hard to decide which mission is harder!

The series joins a collection of animated children’s series from DHX Media now streaming on Hulu, including Dr. Dimensionpants.

Disclaimer
This press release contains “forward-looking statements” under applicable securities laws with respect to DHX Media including, without limitation, statements regarding the launch of Supernoobs on Hulu, the market and demand for content and consumer response to Supernoobs. Although the Company believes that the expectations reflected in such forward-looking statements are reasonable, such statements involve risks and uncertainties and are based on information currently available to the Company. Actual results or events may differ materially from those expressed or implied by such forward-looking statements. Factors that could cause actual results or events to differ materially from current expectations, among other things, include scheduling risk, consumer preferences and risk factors discussed in materials filed with applicable securities regulatory authorities from time to time including matters discussed under “Risk Factors” in the Company’s most recent Annual Information Form and annual Management Discussion and Analysis, which also form part of the Company’s annual report on Form 40-F filed with the U.S. Securities and Exchange Commission. These forward-looking statements are made as of the date hereof, and the Company assumes no obligation to update or revise them to reflect new events or circumstances, except as required by law.