Halifax, NS – 5 October 2015 – DHX Media (“DHX” or the “Company”) (NASDAQ: DHXM; TSX: DHX.A, DHX.B), a key player internationally in the creation of content for families and children, has signed a far-reaching deal with Turner Broadcasting for the new animated television series Cloudy with a Chance of Meatballs: The Series based on the Sony Pictures Animation blockbuster film franchise. 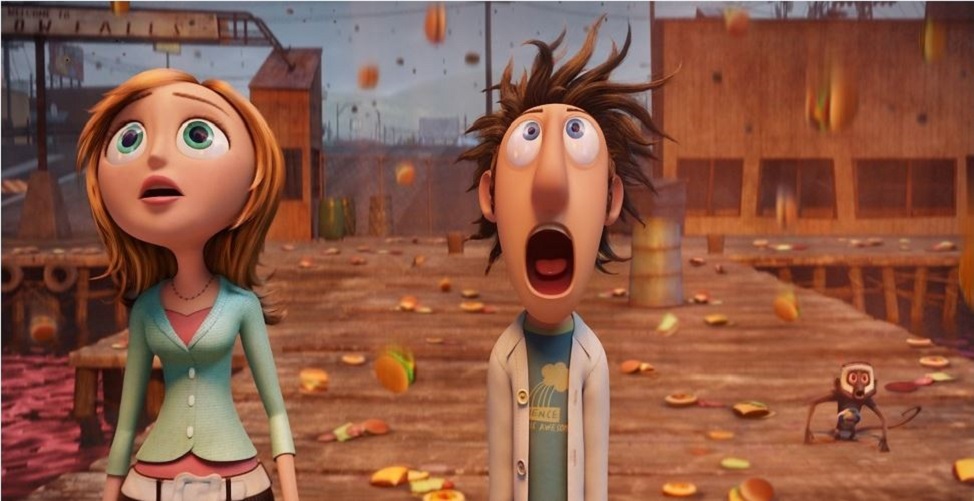 The 26 x 22’ animated series which DHX Media is producing with Sony Pictures Animation, commissioned by TELETOON in Canada, has been picked up by Turner Broadcasting for its second flagship kids channel, Boomerang across EMEA, APAC, and Latin America.

DHX Media handles global television, licensing and merchandising and non-US home entertainment rights to Cloudy with a Chance of Meatballs: The Series (Sony will distribute home entertainment in the US). The series is being produced at DHX’s animation studio in Vancouver, BC.

Josh Scherba, SVP Distribution at DHX Media said: “Cloudy with a Chance of Meatballs has a huge global fan-base following the successful movie franchise and we are confident that the equally whacky and wonderful TV series will resonate with children and families globally.”

Cecilia Persson, VP of Acquisitions & Co-Productions, International at Turner Broadcasting commented: “As we continue to expand our programming line-up, we’re on the look-out for great content that whole families can enjoy. Cloudy with a Chance of Meatballs offers exactly that and we’re delighted to have acquired the series for Boomerang right across our international markets.”

Rick Mischel, executive producer at Sony Pictures Animation, added: “We’re really excited to see the comedy and heart of Cloudy packed into a TV Series.  This brand has fans worldwide, and now they get to go back and see all the adventures of Flint and Sam as teenagers.”

Cloudy with a Chance of Meatballs: The Series takes place before the giant food fell from the sky. The series is a prequel where Flint Lockwood is a tween unlike any other kid in town. After all, Swallow Falls is a blue-collar place where the whole economy is built on sardines and currently business is BOOMING! Everyone loves those oily little critters. But Flint suffers from NFD: non-fish-related dreams. He wants to be a serious scientist and maybe one day not have his inventions blow up in his face and end in disaster. Along for the ride is his best friend Sam Sparks, the new girl in town, and wannabe school reporter. Together, these two outsiders have a lot of laughs and adventures and share a simple dream: to help their fellow Swallow Fallians by inventing sure-fire gizmos that have gotta be better than sardines, right?!

Of course, all of the characters from the movies are back for the series including Flint’s father, Tim, a man of few words and even fewer expression; Steve the monkey, Flint’s sidekick and totally unreliable lab assistant; Mayor Shelbourne, the man who won his last term on a pro sardine platform; Brent, a local celebrity who still models babywear even though he’s a teenager; Earl who isn’t a cop yet, but is working an even tougher gig…as a school gym teacher; and Manny, the shockingly capable kid who runs the school’s audio-visual department and anything else he touches.

About Sony Pictures Animation
Sony Pictures Animation produces a variety of animated and family entertainment for audiences around the world.  The studio is following its worldwide comedy hits—the record-breaking monster comedies Hotel Transylvania and Hotel Transylvania 2, the hybrid live action/animated blockbusters The Smurfs and The Smurfs 2, and the mouth-watering Cloudy with a Chance of Meatballs movies—;the fully animated reboot Get Smurfy in March 2017; the inspirational story The Lamb in December 2017; and an animated Spider-Man feature from the minds of directors Chris Miller and Phil Lord in Summer 2018.  The studio, in conjunction with Aardman Animations, has produced two critically acclaimed feature films:  the CG-animated family comedy Arthur Christmas; and the Academy Award® nominated stop-frame animated high-seas adventure, The Pirates! Band of Misfits.  In 2007, Surf’s Up also received an Academy Award® nomination for Best Animated Feature Film.  The division, whose first feature film Open Season led to a very successful movie franchise including the upcoming Open Season: Scared Silly in Spring 2016, turned 10 in 2012.  Sony Pictures Animation is a division of the Sony Pictures Motion Pictures Group.

Cloudy with a Chance of Meatballs 2 picks up where Sony Pictures Animation’s mouth-watering comedy left off. Inventor Flint Lockwood thought he saved the world when he destroyed his most infamous invention – a machine that turned water into food causing cheeseburger rain and spaghetti tornadoes. But Flint soon learns that his invention survived and is now creating food-animals – “foodimals!” Flint and his friends embark on a dangerously delicious mission to battle hungry tacodiles, shrimpanzees, hippotatomuses, cheespiders and other foodimals to save the world – again! Columbia Pictures presents a Sony Pictures Animation film, Cloudy with a Chance of Meatballs 2.  With the voices of Bill Hader, Anna Faris, James Caan, Will Forte, Andy Samberg, Benjamin Bratt, Neil Patrick Harris, Terry Crews, and Kristen Schaal. Directed by Cody Cameron and Kris Pearn. Story by Phil Lord & Christopher Miller and Erica Rivinoja.  Screenplay by Erica Rivinoja and John Francis Daley & Jonathan Goldstein. Inspired by the book Cloudy with a Chance of Meatballs written by Judi Barrett & illustrated by Ron Barrett. Produced by Pam Marsden and Kirk Bodyfelt. Executive producers are Phil Lord and Christopher Miller. Music by Mark Mothersbaugh. Imagery and Animation by Sony Pictures Imageworks Inc.

Disclaimer: This press release contains forward looking statements with respect to DHX Media including the completion of a production, and the ability of the Company to successfully market and sell the content. Although the Company believes that the expectations reflected in such forward looking statements are reasonable, such statements involve risks and uncertainties and are based on information currently available to the Company. Actual results may differ materially from those expressed or implied by such forward-looking statements. Factors that could cause actual results or events to differ materially from current expectations, among other things, include risk factors discussed in materials filed with applicable securities regulatory authorities from time to time including matters discussed under “Risk Factors” in the Company’s Annual Information Form for the year ended June 30, 2014, and annual Management Discussion and Analysis, which form part of the Company’s registration statement on Form 40-F filed with the United States Securities and Exchange Commission. These forward-looking statements are made as of the date hereof, and the Company assumes no obligation to update or revise them to reflect new events or circumstances, except as required by law.